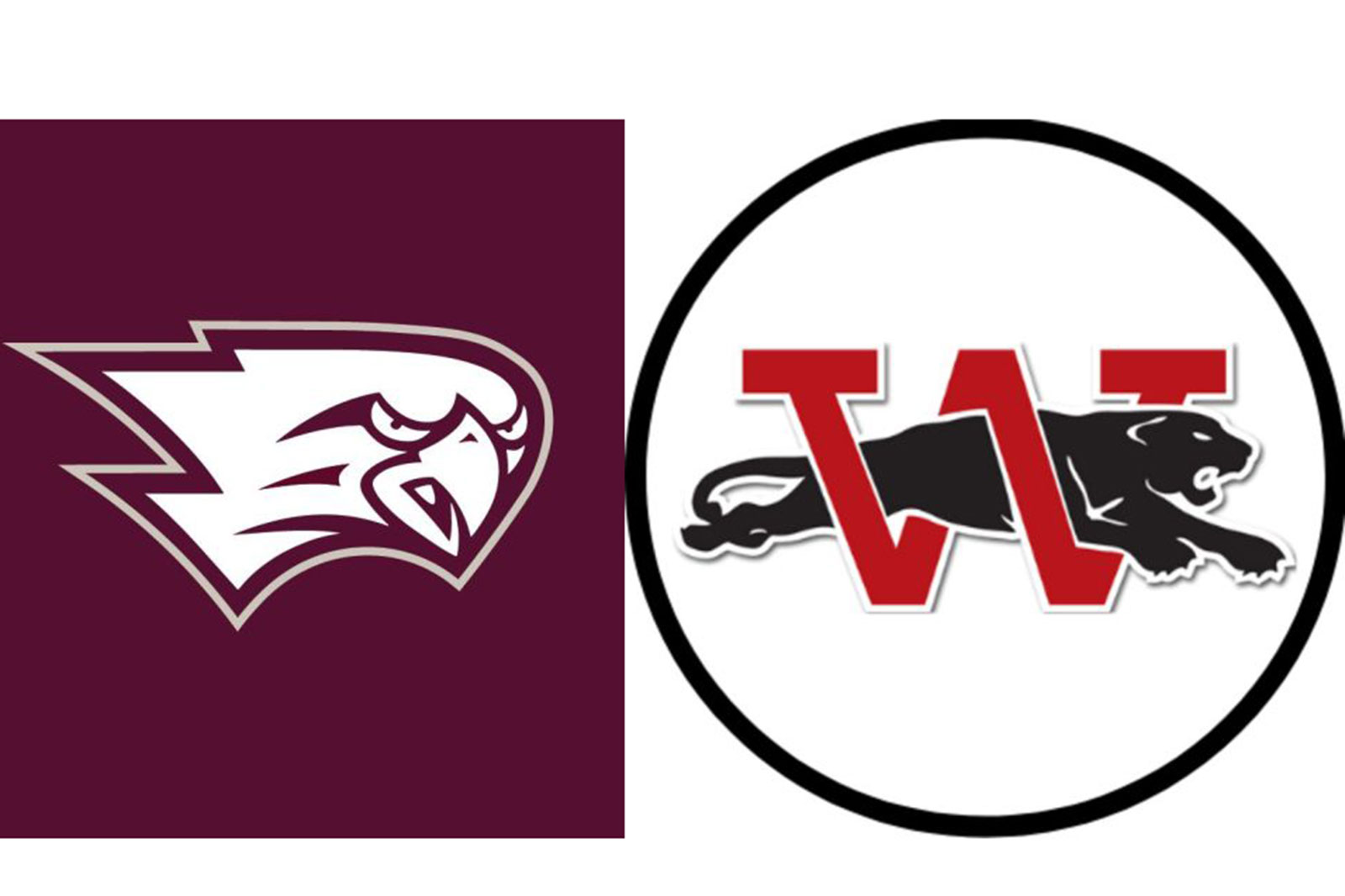 The Westosha Central and Wilmot boys and girls basketball teams will square off on the hardwood this week.
Sports

A couple of basketball rivalries, one in the city and one in the county, highlight the high school varsity sports schedule around Kenosha this week.

In the city, meanwhile, Indian Trail hosts Tremper in a Southeast Conference doubleheader on Friday. The girls teams play at 4:30 p.m., followed by the boys game at 6:30.

The Falcons and Panthers have had an evenly-matched rivalry in recent years, with the teams splitting the last six games between each other over the past three seasons. Wilmot features one of the highest-scoring players in the entire state in junior guard McKenna Johnson, who scored 36 points in the Panthers’ season-opener at Shoreland Lutheran on Nov. 17 to reach the 1,000-point career scoring mark in just two-plus varsity seasons. According to WisSports.net, Johnson has college offers from NCAA Division I schools Buffalo, Butler, Central Michigan, Michigan State, Murray State and North Dakota State. Central, meanwhile, is led by senior forward Reese Rynberg, who’s averaging 16 points per game and was named to the watch list among post players for WisSports.net’s Senior Player Awards. Wilmot enters play this week at 2-2 overall and 0-1 in the SLC, while Central goes into the week at 1-4 and 0-1. Central is also led by first-year head coach Sarah Vozel, who was a standout for the Wilmot girls basketball team from 2009-13, totaling over 1,000 career points and over 600 career rebounds in earning three consecutive first-team All-SLC selections for the Panthers. Vozel will take the court at Wilmot once again Tuesday night, this time as the head coach of the Panthers’ biggest rival.

After graduating almost all of its scoring from last year’s team that was state-ranked all season and won a Wisconsin Interscholastic Athletic Association Division 4 regional title, there were some questions about how the St. Joseph Catholic Academy boys basketball team would be able to respond in 2022-23. So far, the Lancers have answered those questions quite well. They head into Thursday’s 7 p.m. non-conference game against Living Word Lutheran at the Madrigrano Gymnasium with a 2-0 record. Junior guard Eric Kenesie has especially answered the call in the early going for St. Joseph, as he’s averaging 25.5 points per game through two contests. Following Thursday’s non-conference matchup, St. Joseph opens play in the extremely challenging Metro Classic Conference on Friday night at Burlington Catholic Central.

The Hawks host the Trojans in a matchup of city girls teams to kick off Friday’s SEC basketball doubleheader at Indian Trail. This game features a matchup of two high-scoring guards, who also happen to be cousins. Tremper senior Aliana Brown, last week’s Kenosha.com High School Athlete of the Week, is averaging 21.8 points per game so far this season. Indian Trail junior Adrianna Gonzalez, Brown’s cousin, is averaging 27.7 points per game, which ranks third in the entire state among girls players, according to WisSport.net stats. Tremper enters the week at 3-1 overall and 1-0 in the SEC after opening conference play with a home win over Racine Horlick last Friday, while Indian Trail enters the week at 1-2 and 0-1. The Hawks are looking to extend a three-game winning streak over the Trojans.

Tremper and Indian Trail conclude Friday’s SEC basketball doubleheader with the boys game. The Trojans grabbed their first win of the season on Saturday to improve to 1-3 overall, and they’re 0-1 in the SEC after opening conference play with a defeat at Racine Horlick last Friday. Tremper has three players averaging at least 15 points per game, as junior guard DeJuan Graise is at 18.7, senior forward Will Starks is at 15.3 and senior forward Dontrell Graise is at 15.0. Starks, listed at 6-foot-4, was named to the watch list for defense among WisSports.net’s Senior Player Awards. Indian Trail, meanwhile, is 2-1 overall and 1-0 in the SEC after opening the conference slate with a four-point home win over Racine Park last Friday. Junior forward Manasseh Stackhouse, who’s listed at 6-8, is “one of the fastest-rising prospects in the state in the 2024 class,” per WisSports.net. He poured in 29 points in last Friday’s win over Racine Park. Senior forward Jackson Wilhelmson also scored 20 points in that game for the Hawks. Indian Trail and Tremper have split their last four meetings, with the games decided by an average of just 6.5 points.

The Falcons host the Panthers on Friday night to renew their long-standing SLC rivalry. The game will also feature a “Miracle Minute” charity fundraiser to benefit 1Hope of Kenosha. Central graduated three senior starters from last year’s team that won an undefeated SLC title and reached the WIAA Division 2 State Tournament for the second time in program history. The Falcons opened their 2022-23 campaign with a 62-52 non-conference home win over Whitefish Bay last Tuesday, led by a breakout 29-point performance from sophomore guard Elijah Griffin. Central hosts Racine Park for another non-conference game on Tuesday night before Friday’s SLC opener. Wilmot, meanwhile, enters the week at 1-1 and will play at Lakes Community (Ill.) for a non-conference matchup on Wednesday night before facing its county rival on Friday. Senior guard Jake Christiansen leads the Panthers at 17.5 points per game through two contests on the season.