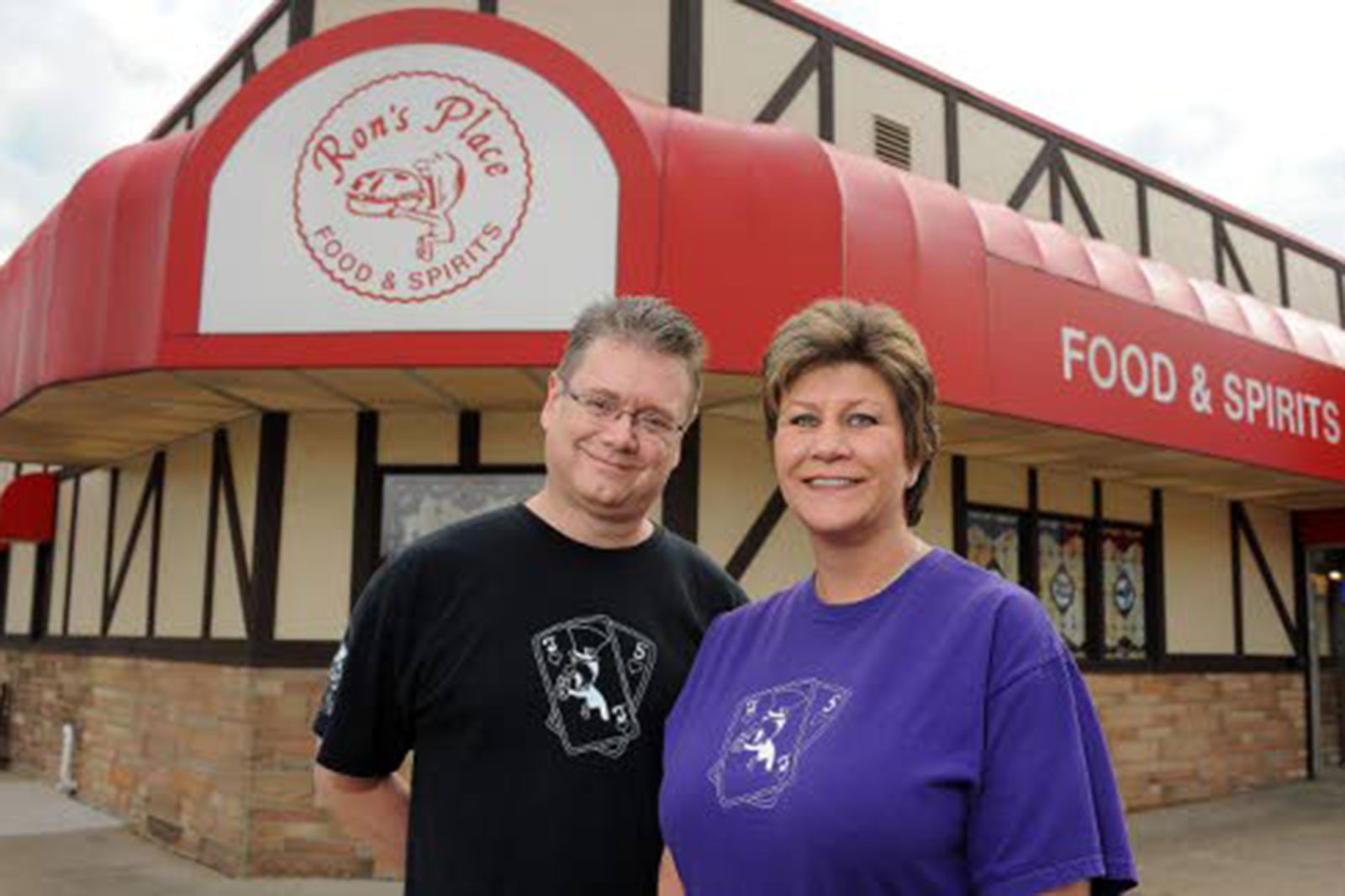 Pendrick was aiming for an upscale, comfortable environment where friendly conversation was welcome. He also wanted a food element that improved upon the usual beer nuts and pretzels. To that end, he created the “5 x 5.” For more on the “5 x 5,” check out a “Kenosha Eats” story from April 22, 2021 HERE.

In the early 1980s, Pendrick added the bar’s second signature item, Long Island Iced Teas. Served in a mason jar with three different original flavors (The Original, The Jamaican and The Beach). Ron’s now serves over 40 different Long Island Iced Teas, and you can use a “Tour of Teas” card to monitor your progress you’re the drink menu and qualify for a bonus Long Island Iced Tea or two, as well as getting entered in a Christmas raffle with a $1,000 cash prize.

In addition to Long Island Iced Teas, Ron’s Place features 14 beer taps with a nice selection of Wisconsin craft beers, along with an extensive beer list in bottles or cans. Pendrick is now retired, but Ron’s Place carries on with new owners Tom Plummer and Tracy Wynn.

The original “5 x 5” is an eight-ounce burger served on a five-inch sesame seed bun. There are eight variations:

Other sandwich options include:

A limited entrée list includes a seven-piece butterfly shrimp plate, a grilled chicken and pasta salad, a grilled chicken breast plate, chicken teriyaki and fish & chips (cod). Also on the menu are 13 different finger foods, including wings and cheese curds. There are two salad options, a regular Caesar Salad or a Chicken Caesar Salad. Wednesday and Friday food specials are a fried Walleye dinner or sandwich.

On a recent visit, I ordered the original “5 x 5,” which was fabulous. I had mine with Swiss cheese, grilled onions and tater tots, and it did not disappoint. The meat was redolent of smoke from the grill, had a dark crust, was well-seasoned, cooked to a perfect medium as ordered and was delicious.