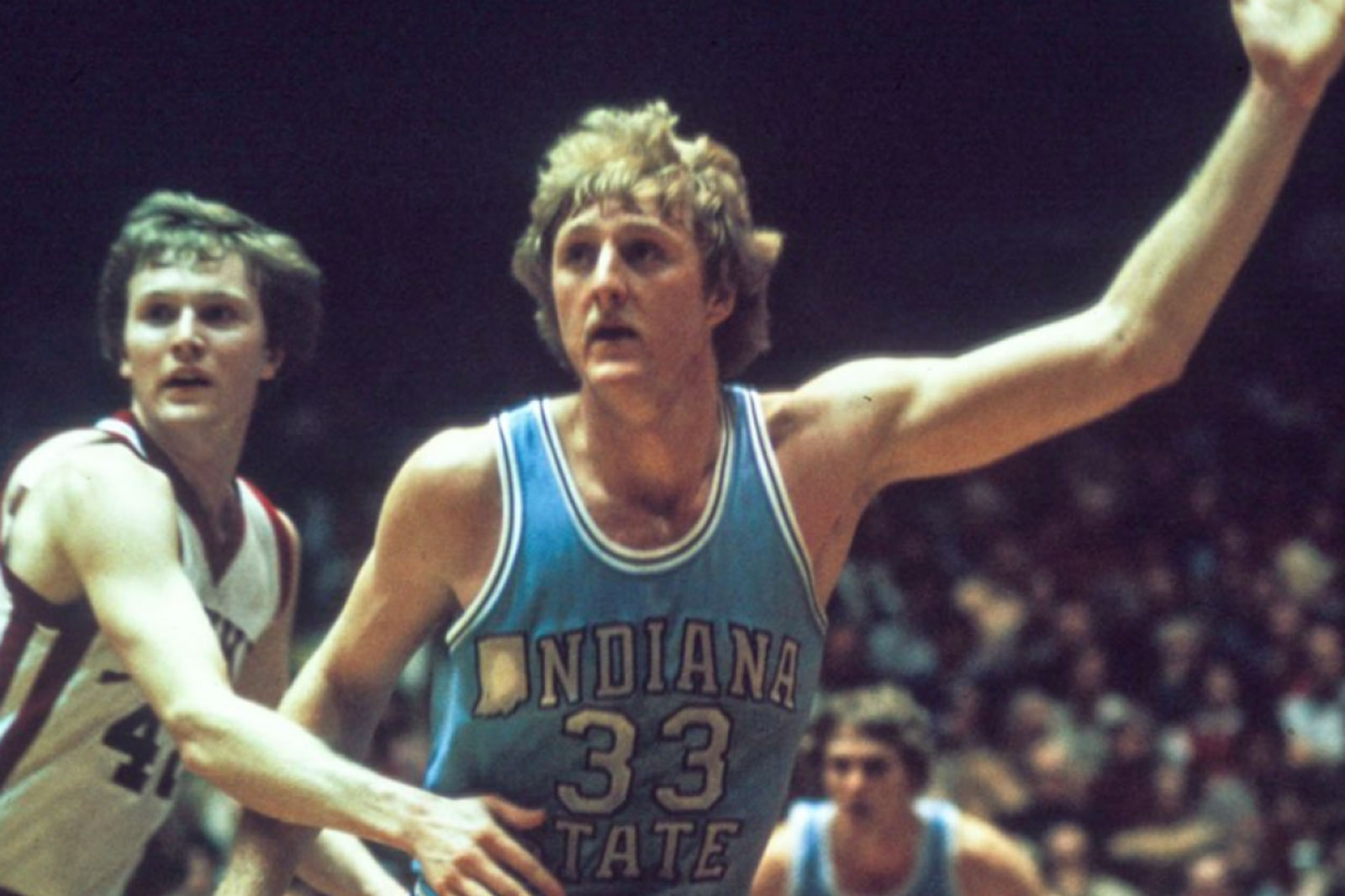 This Date in Kenosha Sports History: Sycamores outlast the Rangers in OT

On this date (Feb. 7) in 1977, the UW-Parkside men’s basketball team gave Larry Bird, aka “Larry Legend,” a major scare.

Truth be told, this was a game Parkside had no business losing, according to reports of the day.

Bird, at the outset of a career that would land him in the Basketball Hall of Fame, and Indiana State tipped Parkside 77-73 in overtime in Terre Haute, Ind.

UWP, an NAIA school at the time, had a sure-fire chance to win in the waning moments of regulation but came up agonizingly short against the NCAA Division I Sycamores.

Stevie King missed a wide-open layup with :05 left that would have broken a 67-67 deadlock and handed Parkside the upset.

Bird, in his first year at Indiana State after transferring from Indiana, finished with a game-high 37 points, which was seven points above his average entering the game. The sophomore forward made 17 field goals and three free throws while scoring 24 points in the second half and overtime.

This game was part of an amazing run for Bird.

Entering this tilt, the “Hick from French Lick” had back-to-back 40-point efforts against Illinois State, a 37-point night vs. Centenary and a school-record 47 points against Missouri-St. Louis.

The productive night against Parkside was part of a season where Bird would set the still-standing Indiana State record by averaging 32.8 points a game. The 918 points he scored that season stood as a school record until he tallied 959 points the next season and 973 points the season after that.

Oh, and this was all accomplished without a 3-point line, which wouldn’t be a part of NCAA play for another 10 years.

Bird scored the last of his 13 points in the opening 20 minutes on a buzzer beater to forge a 32-32 tie at the break.

Parkside led by as many as six in the second half but suffered through a 2:30 scoring drought and Indiana State responded by taking the lead.

However, Bird and the Sycamores could not shake the Rangers.

Indiana State led 67-65 with 69 seconds left and decided to stall. In the pre-shot clock era, the four-corner offense, which was just a game of keep-away, was used frequently to sit on a lead.

King foiled that strategy when he intercepted a pass and scored on a layup to pull the Rangers even. Twenty-one seconds later, Marvin Chones, the brother of Marquette legend Jim Chones, tied up Bird forcing a jump ball. In the pre-alternate possession era, the Rangers controlled the tip, putting themselves in position to win.

Parkside drained the clock and King got a backdoor layup but the shot did not drop. The Rangers’ fourth missed layup of the night sent the game to overtime.

Harry Morgan gave Indiana State the lead early in the extra-session and the Sycamores held on to win.

Indiana State improved to 18-2 in a campaign where it would go 25-3 and lose in the first round of the National Invitation Tournament to Houston. Two years later, Bird led the Sycamores to the Final Four of the NCAA Tournament where they would dispatch Ray Meyer and DePaul but lose to Magic Johnson and Michigan State in the iconic final which ushered college basketball into the modern era.

Along the way, Bird was a two-time consensus All-America pick while winning three major player of the year awards before joining the Boston Celtics where he became one of the greatest players in NBA history.

Parkside was led by senior Leartha Scott, who scored 24 points. He was the only Ranger in double figures. Scott finished the year averaging 22.8 points a game. The Chicagoan was drafted in the fourth round of the 1977 NBA draft by Golden State and went on to play professionally overseas.

Under coach Steve Stephens, the 1977 Rangers finished 20-10 and reached the second round of the NAIA Tournament in Kansas City where they fell to Texas Southern 82-80.

The battle with Bird is just one of many Parkside has had with Division I foes over the years. The Rangers have dispatched the likes of Memphis State, Northern Illinois, UW-Milwaukee and Illinois-Chicago (https://www.kenosha.com/2020/12/21/dousing-the-flames/) and locked horns with notables Detroit coach Dick Vitale in 1975 and 1976, and McNeese State’s Joe Dumars in 1982.