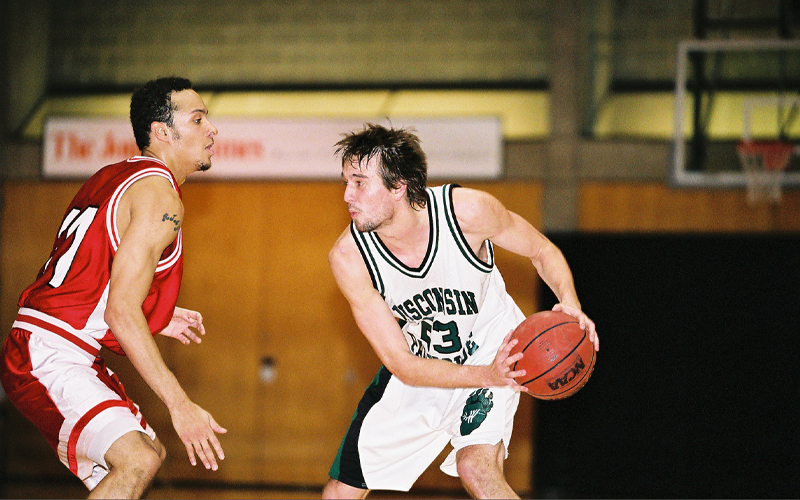 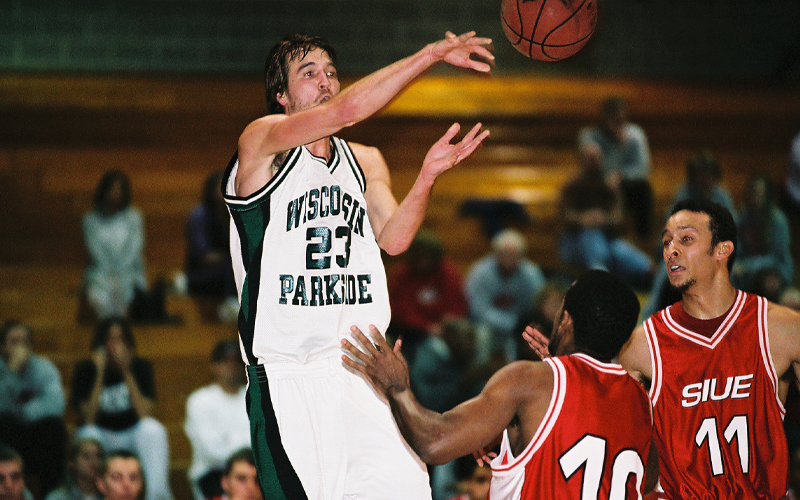 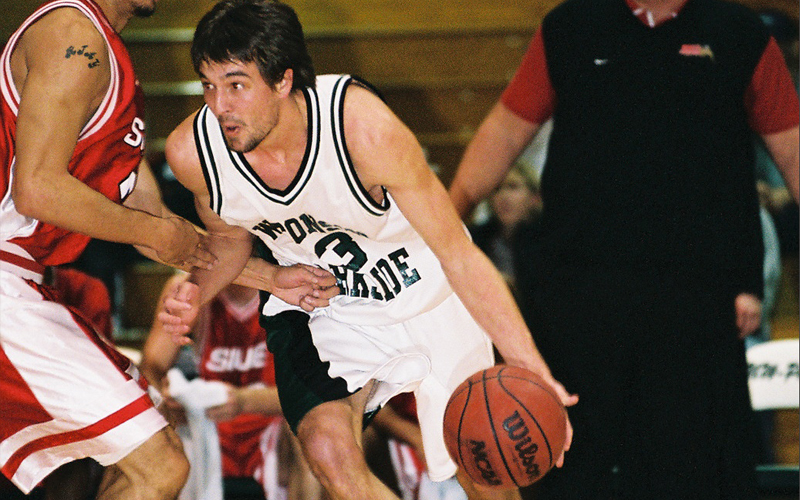 Parkside’s Gareth Malkowski, shown in this file photo, drilled eight 3-pointers in the Rangers’ colossal 79-73 upset over NCAA Division I Illinois-Chicago on Dec. 21, 2004.

On this day in 2004, the UW-Parkside men’s basketball team received a historic performance from sharpshooter Gareth Malkowski in pulling off a huge upset.

Malkowski drained an arena-record eight 3-pointers en route to 33 points as the Division II Rangers toppled Division I Illinois-Chicago, 79-73, before 2,042 at the UIC Pavilion.

This wasn’t the first time upstart Parkside stunned a D-I school. The Rangers own wins over UW-Milwaukee and Memphis State (among others) and locked horns with Larry Bird at Indiana State and Dick Vitale at Detroit in the 1970s.

Vitale, of course, went on to become the face of college basketball on ESPN. In that role, “Dicky V” tabbed the Parkside shocker of UIC as his “Upset of the Week.”

Malkowski was 10-of-15 from the field, including 8-of-13 on 3-pointers, as coach Luke Reigel’s team handed UIC its first loss to a D-II school in 18 seasons.

“It was one of those nights you dream of, where you let the ball go and it always goes in,” Malkowski said on the UIC website. “It was great, an unbelievable night. It didn’t matter where I was shooting from, as soon as I let it go, it was going in.”

That was certainly the case during one stretch of the second half when the 6-foot-5 junior guard scored 14 consecutive points for UWP.

In addition to his point production, Malkowski had five rebounds, four assists, two blocks and three steals in 35 minutes. The performance earned Malkowski the Great Lakes Valley Conference’s Player of the Week award.

“Malkowski went on a roll,” UIC coach Jimmy Collins said in the Chicago Tribune. “Once a player gets on a roll like that, it almost takes an act of Congress to stop him — or at least a hand in the face.”