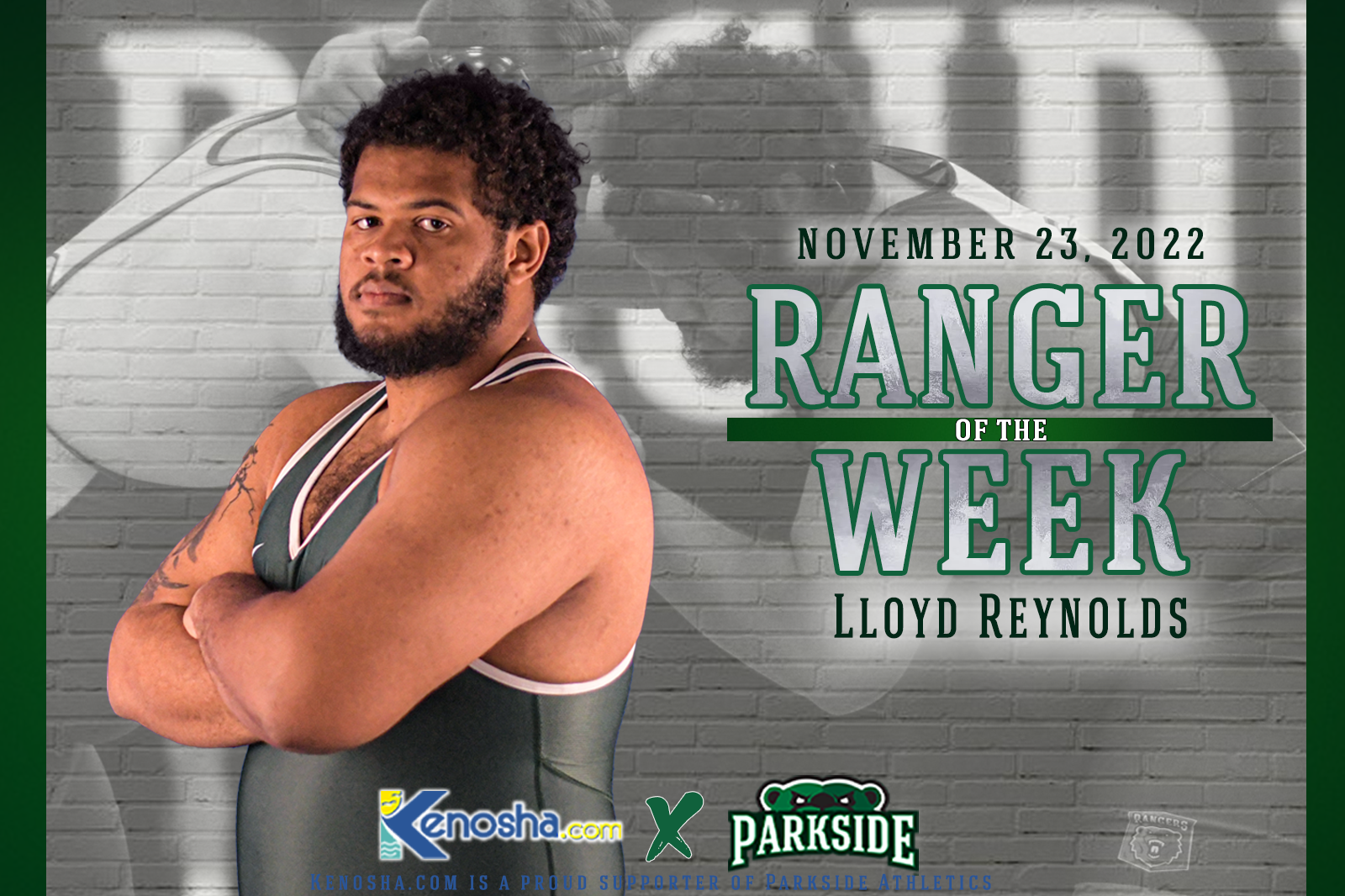 The Parkside wrestling team traveled to Findlay, Ohio, over the weekend to compete in the Findlay Open where 10 wrestlers made the podium, and two wrestlers won their respective weight classes. One of the winners was Lloyd Reynolds, our Kenosha.com Ranger of the Week.

Reynolds had an impressive weekend where he went undefeated with four wins in the 285-pound weight class. He won one match by major decision and in the final match persevered through a 3-1 sudden victory (overtime). Reynolds now boasts a 9-0 record on the year, his best streak in his collegiate career.

Lloyd is from Edwardsville, Ill., and is currently a redshirt sophomore at Parkside. He began wrestling nine years ago when he was in the seventh grade. In the 2021-22 season, his first collegiate season, he compiled a record of 9-6 and was a member of the NSIC All-Academic team. In high school, Lloyd earned second- and sixth-place honors at the Illinois State Championships.

Reynolds said he chose to attend Parkside for the tremendous wrestling program, and the relationships he has developed with the coaches. “[I] felt very appreciated.” Reynolds said, describing the connection between him, current coach Nick Becker, and former coach Cory Vangroll.

“I’m proud of how the team wrestled at Findlay and I am looking forward to competing at the Jim Koch Open on our home turf.”

The Parkside wrestling team hosts No. 17 Northern State in a dual at DeSimone Arena 7 p.m. Friday, Dec. 2. On Saturday, Dec. 3, the Rangers host the annual Jim Koch Open beginning at 9 a.m. in the Frank Petretti Fieldhouse.