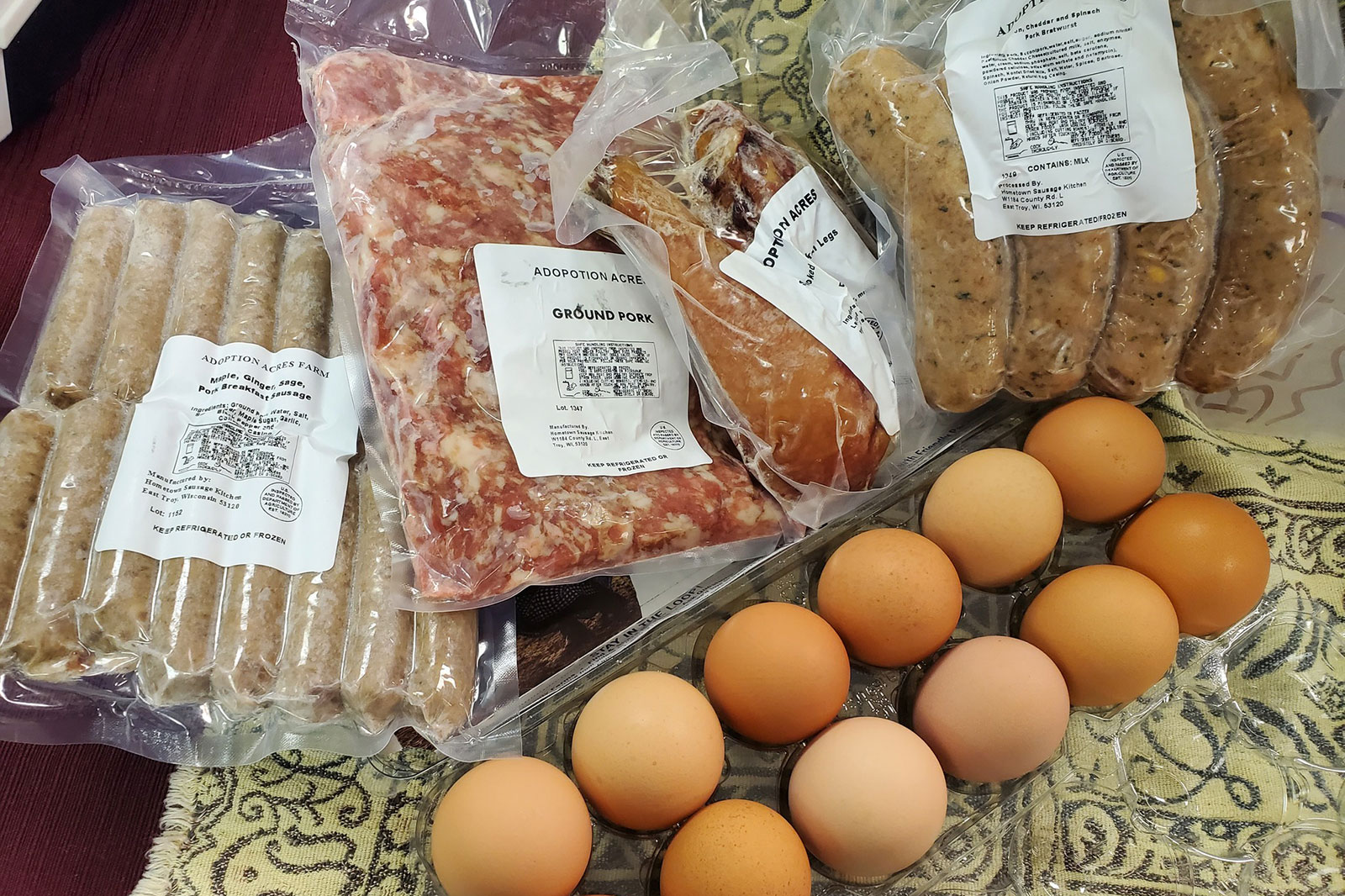 Adoption Acres and Sherwood Game Farm will be attending the Winter HarborMarket on alternating weeks. Both raise their own animals (beef, chicken, pork and more depending on the time of the year) in the Kenosha-Racine area and both also offer farm fresh eggs.
PHOTOS: KENOSHA HARBORMARKET
Local, News

Indoor season runs through April 29 at the Kenosha Union Club

Founded in 2003 by a group of visionaries who first had the original idea of bringing a European-style market to the City of Kenosha, HarborMarket's mission is to enhance quality of life by connecting regional produce, meat and cheese producers; creators of ready-to-eat as well as processed foods and artisans of all kinds with consumers at our year-round Saturday market.

“Local and fresh are the foods featured at the Winter HarborMarket,” Forgianni said. “There will be farmers of all types: vegetables, fruit, meat, poultry, eggs, as well as cheese, which allows for customers to shop from local fresh foods every week.”

Forgianni said that two of the produce vendors who will be at the Winter HarborMarket are USDA certified organic: Wright Way Farm and Creator Farms. Also in attendance will be Jacobson Family Farms and Van Laar’s Fruit Farm with several varieties of apples.

Stamper Cheese Company will have the same vast cheese selection as they did at the outdoor market. Adoption Acres and Sherwood Game Farm are attending on alternating weeks — both raise their own animals (beef, chicken, pork and more depending on the time of the year) in the Kenosha-Racine area and both also offer farm fresh eggs.

“There will be a big variety of baked goods including cookies at Creator Farms & Carefully Composed, sourdough breads (as well as pies, apple cider donuts and more) at Van Laar’s, Wiscotti (variety of biscotti), Bakarons (variety of macaroons) and Sweet Something’s. Made by Misty will have vegan and plant-based baked goods. B&J Pampered Pup Bakery will have dog treats,” Forgianni said.

Kenosha HarborMarket Board President John Collins said a key feature of the the Winter HarborMarket at the Kenosha Union Club is its accessibility.

“There are no steps to negotiate and there is plenty of parking, so people with disabilities will find it very easy to shop,” Collins said. The central location of the Union Club is also a plus, he said.

For more information about Kenosha HarborMarket, visit the website at www.kenoshaharbormarket.com.