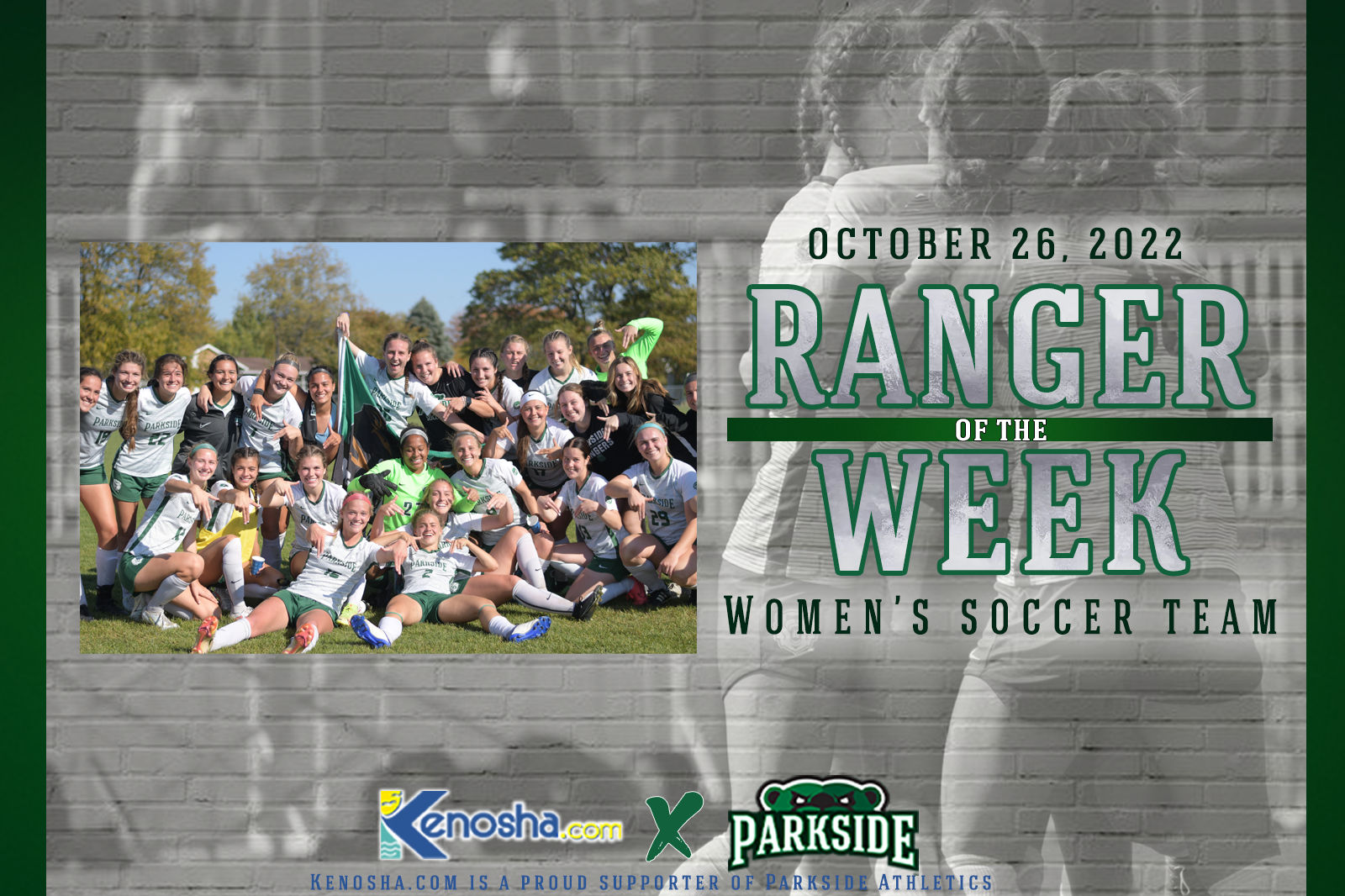 The Rangers played one of their best games of the season and came away with a major upset victory, defeating the Lakers, 3-1. For their efforts the Parkside women’s soccer team is this week’s Kenosha.com Ranger of the Week.

The Rangers got the scoring started early with a goal from senior Alexis Baker in the 10th minute to give the Green & White a 1-0 lead. The Rangers held that lead into the half, but the Lakers would tie the match in the 65th minute with a goal from Kennedy Bearden. The Rangers reclaimed the lead for good in the 71st minute on a goal by freshman Makayla Wesemann, her second of the season.

Two minutes later, another goal from Baker off a free kick from senior Jaime Mohs gave the Rangers a 3-1 lead that they would hold to the end to complete the upset. Baker leads the Rangers with eight goals on the year.

Junior goalkeeper Mia Guyton was credited with four saves. The Parkside back line played a major role in the victory as well, with players like Chloe Grooters, Abbey Canfield, Alair Posard, and Adrianna Rodriguez making crucial stops and a pair of team saves.

It was Parkside’s first victory over Grand Valley State since Nov. 21, 2008. It was the Lakers’ first GIAC loss since April 16, 2021. The Lakers last loss by multiple goals came back in 2017, when they fell 3-1 to top-ranked Central Missouri in the NCAA Tournament. The Rangers are just the third team to score three or more goals against the Lakers since Parkside joined the GLIAC in 2018, and they are the only team to win the game when scoring that many goals. Baker became the third player since 2018 to score multiple goals against the Lakers in a single match.

The Rangers return to action on Friday (Oct. 28) as they host Purdue Northwest to close out their regular season. For more information, visit parksiderangers.com.