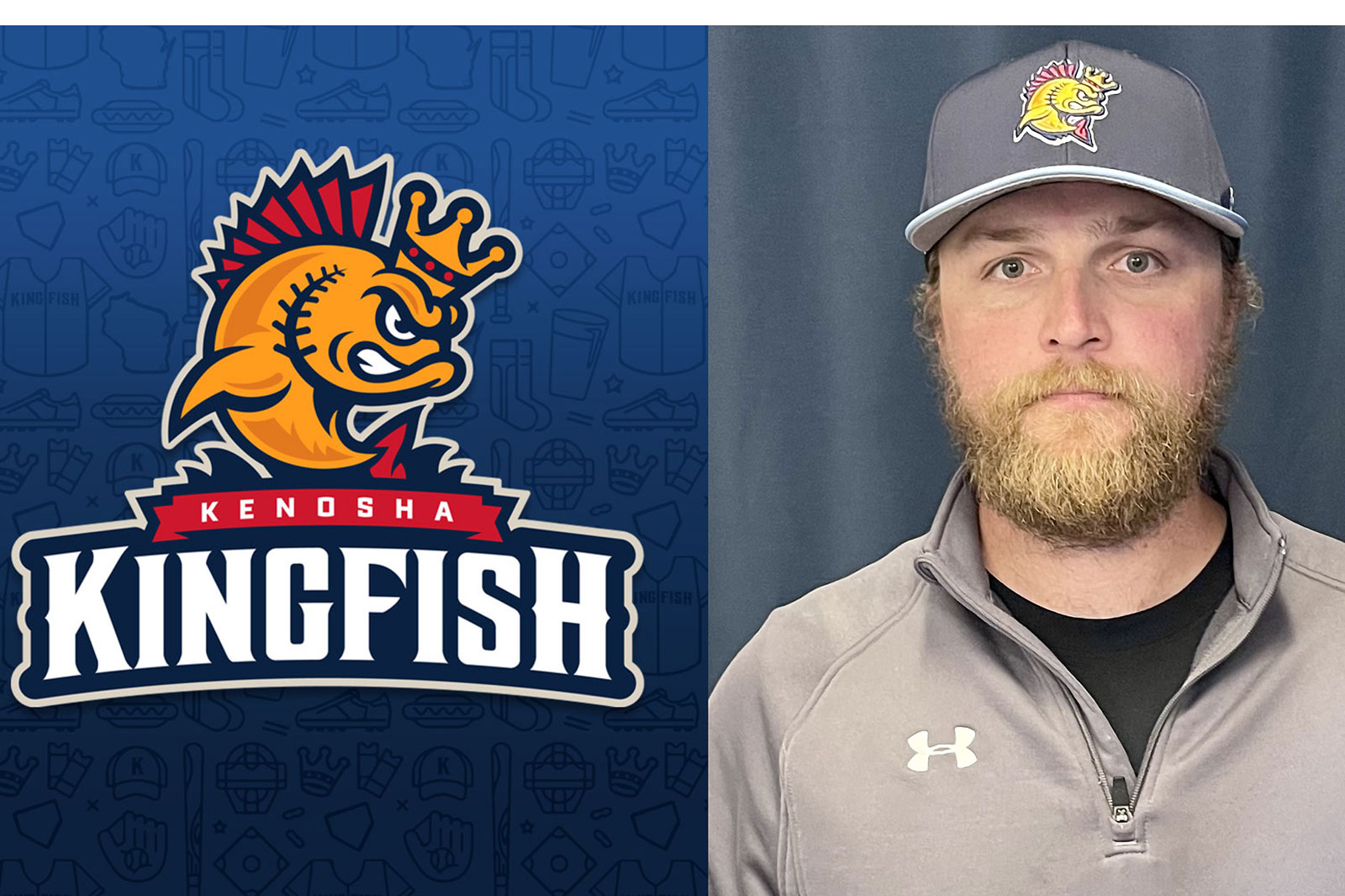 John "J.T." Scara will serve as the fourth manager for the Kenosha Kingfish in the 2023 season.
Sports, News

John “J.T.” Scara remembers the times he stood in the Simmons Field visitor’s dugout and admired the energy and enthusiasm in the stands and on the field.

The Chicago native will now have an opportunity to experience an entire season of it — with a new vantage point.

Touting his experience and passion for the game, the Kenosha Kingfish announced Scara as their fourth manager in franchise history on Wednesday (Oct. 5).

“This is a historic field and a great fan base, one of the best in the (Northwoods League),” Scara said. “It’s a destination a lot of players and coaches want to be. I’m really excited for the opportunity and looking forward to getting to work.”

For the past two seasons, Scara served as manager of the Northwoods League Rockford Rivets. The 35-year-old guided the Rivets to a 37-35 mark, their first winning season since 2017.

Scara becomes the third Kingfish manager in the past four seasons, replacing Sean McSheffery who departed after one year. The Kingfish finished 33-38 under McSheffery in 2022.

“This was an opportunity for us to shape this franchise the way we want it,” Kingfish owner Bill Fanning said. “J.T.’s experience is outstanding. He knows the league. He knows the players.

“We really liked how he handled his team. It was always a tough team to play against. When they needed to win games down the stretch last year, they were tough to beat.”

Kingfish General Manager Ryne Goralski noticed many of the same traits from Scara and his players.

“I know the type of baseball his teams play,” Goralski said. “It seems kind of cliche, but they’re really gritty. Rockford would come in with those gray uniforms and you knew it was going to be tough. (Scara) is passionate about the game and this league.”

Scara began his coaching career as an assistant with Robert Morris and bullpen coach with the Windy City Thunderbolts of the Frontier League.

After spending three seasons as an assistant coach with NCAA Division II McKendree University, Scara became the assistant coach of the Gary (Ind.) Southshore Railcats of the American Association from 2016-17 and spent two seasons as hitting coach with the Schaumburg (Ill.) Boomers of the Frontier League.

Entering its 30th season, the Northwoods League has become the premier summer destination for collegiate talent.

“Navigating through a season that simulates professional baseball is nothing new to me, but it is to a lot of these players,” Scara said.

“They all have ambitions of moving on to the next level. The expectation is that they learn how to be professionals and compete for championships. Becoming a winning player is part of the development.”

Scara was raised on Chicago’s southside, but grew up a Cubs fan. The Lincoln-Way Central (Ill.) High School graduate said he watched the Cubs win the 2016 World Series — the team’s first championship since 1908 — and hasn’t watched a single Cubs’ game since that historic night.

The philosophy is similar to a golfer hitting a hole-in-one and retiring from the game or perhaps the same reason a mail carrier doesn’t go for long walks on his or her day off.

“My days of being a fan are over,” Scara said. “There’s not a whole lot of time to watch major league games during our season. If I do watch a (major league) game, this would be the time of the year I’d do it.”

The Kingfish front office staff took him to Waterfront Warehouse on Tuesday.

“I had a buffalo chicken sandwich and it was pretty good,” Scara said. “I’m also looking forward to getting some cheese curds. As an opposing manager, I’ve always eaten as many cheese curds as possible while I was here. There’s nothing quite like Wisconsin cheese curds.”