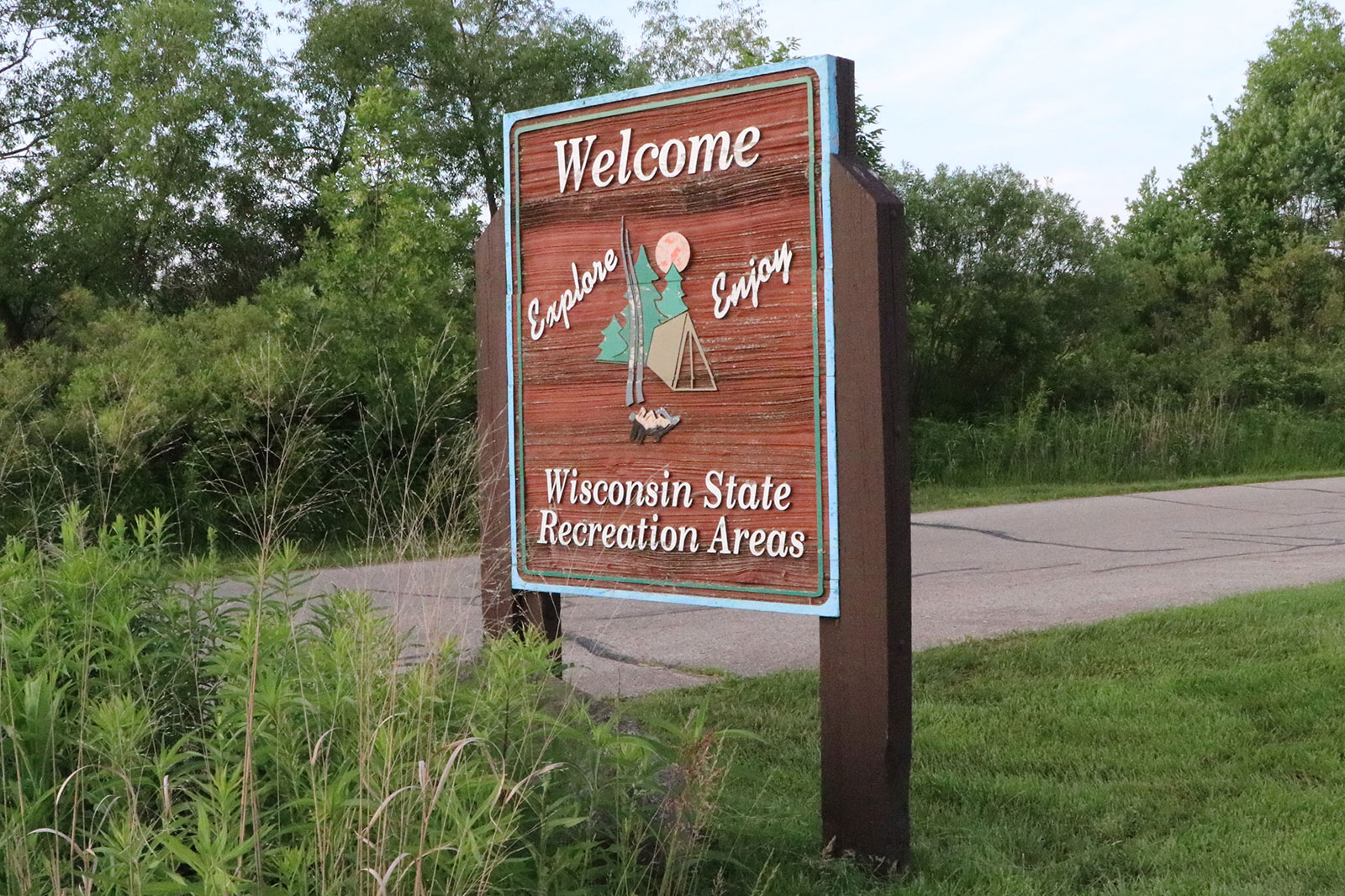 The Richard Bong State Recreation Area has a network of 16 miles of hiking trails that allow you to explore all of the wildlife in the area.
PHOTOS: THOMAS CORRAO
Beyond The City

Beautiful trails have a lot to offer on the 4,500-acre property

In my latest edition of Capturing Kenosha, I would like to highlight a recent hike I took at the Richard Bong State Recreation Area, located off Highway 142 in the Town of Brighton.

The park also has eight miles of designated mountain bike trails as well as numerous trails that can be hiked on foot. There are also lands set aside for wildlife preservation where great egrets, sandhill cranes and great blue herons are known to nest.

The land was originally planned to become an Air Force Base back in the 1950s, but plans fell through after construction had already begun on the airfield.

This happened after the runway had already been created so that area was basically open land that ran from the southeast to the northwest through the center of what is now the park. This is where many of the recreational activity areas were established to provide controlled usage areas for the activities I mentioned above, while still allowing other areas to be used for fish and wildlife management.

It had been more than a year since I had visited the park, so my wife and I decided to strike out early one morning and hike the park. We wanted to get an early start because we were going to hike the entire length of the runway area.

We arrived before the park was officially opened for the day, but we were able to drive right in through the open gate with our Wisconsin state park sticker.

We parked in front of the Molinaro Visitor Center and began our hike by heading to the west. We followed the paved road until we arrived at the area marked for remote control aviation where we entered and followed a developed trail system that took us to the center runway area of the park.

While on our hike through the prairie we were able to see a variety of wildflowers and birds along the way. I did notice that as you walk the area there is a lot of signage that should be checked before entering any adjacent areas because some of the signs contain instructions as to when the areas are closed to visitors.

Many of the outer areas are marked as nesting areas or wildlife management and it states there is no entry during specific time periods.

The runway area of the park is quite impressive. It runs the entire length of the park before ending by the Sunset Campground on the west end of the park.

Bong has two camping areas appropriately named Sunrise Campground to the east and Sunset Campground to the west. Both of these camping areas have amenities like plumbed toilets and shower facilities. There are a total of 217 campsites, 54 with electric hookups. Six group campsites that can accommodate up to 225 campers. There is also a cabin designed specifically for people with disabilities.

As we walked the trails we discovered plenty of shallow ponds with marsh grasses and cattails that offered excellent habitats for waterfowl, amphibians and turtles — all of which we saw along the way.

Our hike lasted around four hours and during that time we covered eight miles of trails with the longest trek being the journey down the center runway. It seemed to go on forever until finally a pink building that houses the sunset campground’s showers and toilets came into view. The views along the way were very peaceful with the blue skies above and birds calling out all around us. One thing that was noticeably absent was that there were no mosquitos the day of our hike.

After utilizing the facilities at the campground we made our way to the paved entrance road that we knew would take us back to the visitor center.

Along the way, we saw many areas marked off as wildlife conservation areas with signs that indicated when people are allowed to enter the areas. It was a great place to observe birds in their natural environments.

Bong has been identified as a priority site for the management of grassland birds and is one of the best opportunities remaining in southeastern Wisconsin for viewing species like northern harrier, upland sandpiper, field sparrow, Henslow’s sparrow, grasshopper sparrow, bobolink and eastern meadowlark all of which breed within the grassland areas that have been set aside within the park.

The wetlands on the property also support birds like heron, egrets, least bitterns and the Virginia rail, all of which are present in autumn when the birds are staging for the migration south.

Rare species of herons and egrets are also frequently observed here in late summer and early fall. There is a bird viewing platform available alongside the road leading to the sunset campground where bird watchers can observe the conservation area from a better perspective than being on the ground.

All said it was a wonderful day hike and it felt good just to be out in the nature of it all. I would highly recommend buying a Wisconsin State Park Pass online before visiting.

Here is some contact information on the park and a link to purchase a Wisconsin State Parks sticker.

Daily use passes at the gate are:

Other information can be found on the park at https://dnr.wisconsin.gov/topic/parks/richardbong

Well, that’s all for this week’s edition of Capturing Kenosha. I sincerely hope that you visit the Richard Bong State Recreation area and utilize this nature area that’s located right here in Kenosha County in our own backyard.

Have a great week everyone. We’ll see you back for the next edition of Capturing Kenosha on Kenosha’s premier good news website Kenosha.com!