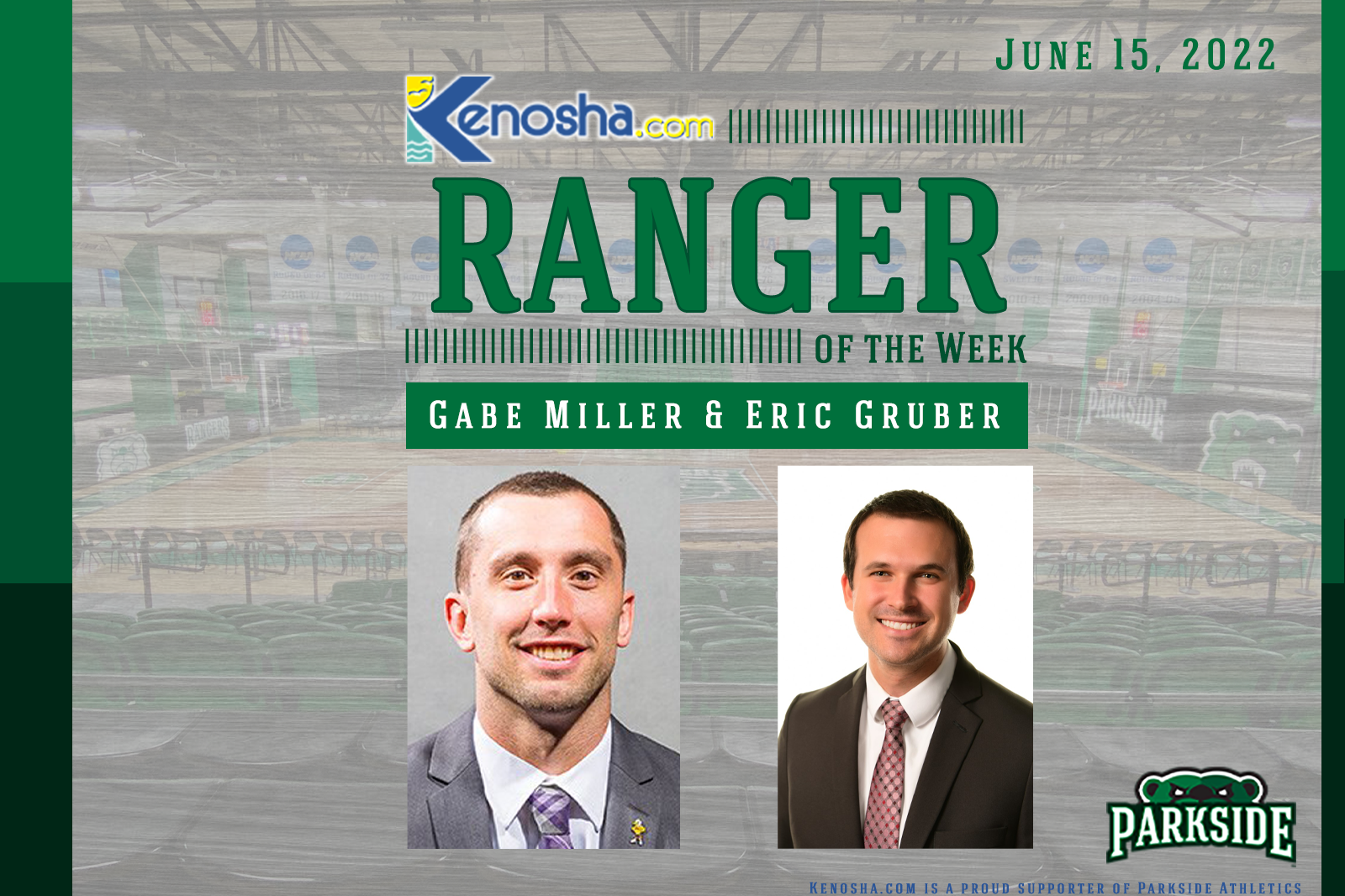 Rangers of the Week: Gabe Miller and Eric Gruber

Both teams are looking to carry the success into the 2022-23 season, with Great Lakes Intercollegiate Athletic Conference Women’s Basketball Player of the Year Alyssa Nelson and GLIAC Men’s Basketball Freshman of the Year Rasheed Bello set to return to lead the charge.

Both programs have also brought in new assistant coaches, who look to help take the programs to the next level. These new faces are Gabe Miller and Eric Gruber, our Kenosha.com Rangers of the Week.

“We couldn’t be more excited about the addition of Gabe to the Parkside men’s basketball program,” Reigel said. “Gabe has an outstanding work ethic and has built strong recruiting contacts throughout the Midwest. He has helped Loras College become a consistent winner.  He is more than ready to make the move to Division II. His creativity and attention to detail will be very beneficial in recruiting. Gabe’s energy, dedication and passion for the game will be things that our current players will really benefit from.

“Gabe, his wife Erika, and his boys Crew and Fletcher are great additions to the Parkside basketball family.”

Miller spent the last six seasons at NCAA Division III Loras College in Dubuque, Iowa. With the Duhawks, he helped the team to a NCAA Sweet 16 appearance in 2019, a conference championship in 2017 and a top-3 finish in the American Rivers Conference in five of his six seasons. Before Loras, Miller spent two seasons as an assistant coach at Judson University.

Prior to his coaching career, Miller was a standout student-athlete at Anderson University in Indiana. He helped the Ravens to a conference championship in 2010, was a 2-time All-Conference honoree, was the 2011 AU Male Athlete of the Year and ranked in the top-10 in career steals and assists when he graduated.

Head women’s basketball coach Jen Conely announced the hiring of Eric Gruber as an assistant coach on May 10.

“We are excited to welcome Eric to the Parkside family!” said Conely. “We had an outstanding pool of candidates and Eric quickly rose to the top; his knowledge and passion for the game, ability to connect with our student-athletes, and commitment to enhancing our student-athlete experience was evident throughout the process. I am looking forward to working with him and continuing to build on our program’s success!”

Gruber was a four-year member of the North Central men’s golf program from 2012-2016 and competed in three College Conference of Illinois & Wisconsin Championships, highlighted by a 17th-place finish as a junior in 2015. He led the team with a career-best stroke average of 78.43 as a senior.

Gruber graduated from North Central in spring 2016 with a bachelor’s degree in broadcast communication and a master’s degree in leadership studies, with an emphasis in sports leadership in 2019.

“I would like to thank Jen Conely, Andrew Gavin and the search committee,” said Gruber. “I’m extremely grateful and excited for the opportunity to work with Coach Conely. There is a great energy here within the team and I can’t wait to begin to contribute to the success here at Parkside.”

The Rangers are set to begin their upcoming seasons in late October and early November. For more information regarding the schedule, promotions, and tickets visit parksiderangers.com