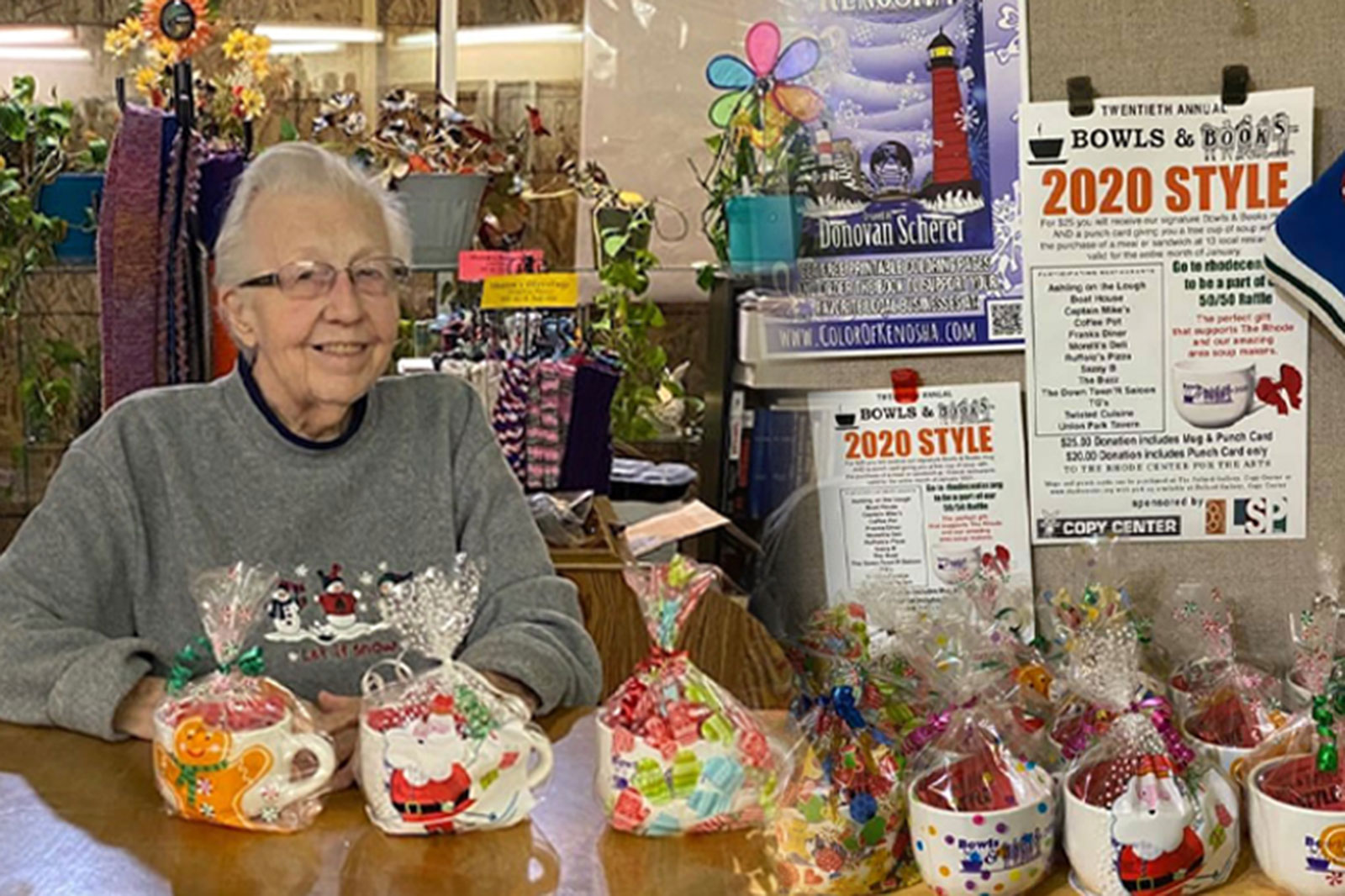 Honorees all made a significant impact in Kenosha

By CITY OF KENOSHA

The City of Kenosha website (kenosha.org) helps citizens and visitors learn about city services and conduct business, including permit applications and online payments.

The public is welcome to attend all of the Arbor Day programs.

Michael H. Dean, 78, of Kenosha, died on Feb. 14, 2021. A Kenosha native, Dean attended the Extension (now University of Wisconsin-Parkside), before going on to obtain a bachelor’s degree in education and a master’s degree from the University of Wisconsin-Whitewater. Dean lived in Janesville and taught sixth grade at Madison Elementary, Monroe Elementary and later at Franklin Middle School. During his 38-year career teaching social studies, Dean was known for his creative and immersive units, making his classrooms fun and taking time for each student. He was twice named Teacher of the Year in Janesville. He received the Herbert Kohl Fellowship, in recognition of his teaching excellence and innovation. He also started College for Kids in the Janesville area.

Following his retirement from teaching, Dean moved back to Kenosha. He volunteered at the Kenosha Public Museums, where he used his teaching skills to inform hundreds of elementary student with his knowledge of the woolly mammoth. He also taught lessons on sign language, a skill he learned in order to communicate with his hearing-impaired daughter. He served as a museum board member and served on his condo association board. Dean also served on the Bradford Alumni Board and was employed part-time as a bailiff at the Kenosha County Courthouse. Dean enjoyed meeting his high school classmates every summer, doing yoga, playing senior baseball in Racine and listening to live music by the lakefront with his fiancee, Wendy Taylor.

Donald Holland died March 9, 2021 at age 92. He was born in in Marinette and raised in Iron Mountain, Mich. After high school he entered the Navy Air Corps V-5 Program as a midshipman. He later served for two years in the U.S. Army and then enlisted in the U.S. Navy Reserve as an ensign in the Civil Engineer Corps. He retired after 30 years, ending his service as a naval officer and commander. Family and friends referred to him as “Commander Don.”

Holland received a degree in civil engineering in 1950, was a registered professional engineer and registered land surveyor in Wisconsin and Michigan. He began employment for the City of Kenosha as Civil Engineer from 1955 until 1957. After positions as Director of Public Works for the cities of Menominee, Mich., and Franklin, Wis., he returned to the City of Kenosha in 1964, becoming its Director of Public Works. He was instrumental in creating Southport Marina, redeveloping the former harbor site of Simmons Mattresses, and later, the American Motors auto plant. He became City Administrator in 1986, retiring in 1993. From 1996 until 2010, he was elected five times as Alderman of the Third District, guiding revitalization projects, and active in the expansion of the Kenosha Regional Airport and the City’s business parks.

Holland was a founding member of the sister city relationship between Kenosha and Wolfenbuttel, Germany, which began in 1970. In addition to belonging to the Kenosha Sister Cities Association, Holland was a member of Kenosha Elks, Kiwanis and Navy Clubs and the Danish Brotherhood. When the Downtown Kiwanis celebrated its 100th anniversary in 2019, Holland, who had served the organization for 50 years, was on record as the longest serving member of the club.

John Joseph Hosmanek, 94, died at home, on January 21, 2021. Hosmanek grew up in Oak Creek and after graduation from South Milwaukee High School, he joined the U.S. Marine Corps. He served in the First Marine Air Wing on the Solomon Islands, Philippine Islands, Okinawa, and China. Upon his honorable discharge, in 1946 as a staff sergeant, he enrolled at the Milwaukee State Teachers College, attending under the G.I. Bill. He later obtained his master’s degree and Doctorate of Education degree from Marquette University.

Gilbert “Gib” Ostman, 79, died August 23, 2021 at Oak Ridge Care Center. He grew up in St. Paul, Minn., and received his Bachelor of Science degree from Bemidji State Teachers College. Ostman served in the Minnesota Army National Guard when he joined the U.S. Army.

He taught at Bradford High School and Bullen Junior High in Kenosha. He was a member of the Kenosha Unified School District Board and worked as a Kenosha County Bailiff. He and his wife, Sharon, loved to watch college and professional football and baseball. They enjoyed traveling to Las Vegas and Canada and loved country music and attending Country Thunder. The couple founded the Mayor’s Youth Brick Memorial at Wolfenbuttel Park.

Judy (Ames) Rossow, 82, died March 20, 2021 at Hospice Alliance in Kenosha. She was born in Grand Rapids, Minn., and also lived in Kalispell, Mont., as a child. At 17, she moved to Minneapolis to pursue an accounting position at the University of Minnesota. In 1965 she moved with her husband to Racine and was employed in purchasing at Case. She later started her own business, SOS – Secretarial & Office Services, providing typing and accounting services.

On July 1, 1973, she and her husband, Gordy, established the Copy Center in downtown Kenosha – the first quick print shop in Kenosha. In 1986, Rossow was named Lakeshore BID president and was instrumental in the restoration of the Rhode Opera House. She was integral in creating the fundraiser “Bowls and Books” for the Rhode. Rossow served on the Kenosha County Board from 2004-2008. She was a member of the Kenosha Rotary, and in 1994 she became club president, only the second woman to hold the position.

Among her awards and honors:

In 2010, she received the Anderson Arts Center’s “Lifetime Achievement Award” for her dedication to Kenosha’s arts community and her role in creating the Pollard Gallery.

Kenosha News honored her with their 2015 “Person of the Year” award, citing her sense of community and civic awareness.

In 2018, she received the inaugural “Person of Influence” award given by Downtown Kenosha, Inc.

Joyce Elaine (Hill) Westerman, 95, died at home on January 18th, 2021. She was raised on a farm in Pleasant Prairie and graduated from Mary D. Bradford High School. Westerman played professionally with the All-American Girls’ Professional Baseball League (AAGPBL) from 1945-1952 and continued to support the association throughout her life. She started her baseball career as a catcher with the Grand Rapids Chicks, going on to play for the Peoria Redwings, and the Racine Belles. She played first base with the South Bend Blue Sox the last few years and won a championship. Following her professional baseball career, she continued her love of the game by playing in the local city and county softball leagues. She also worked for the United States Postal Service and American Motors.

In 1988, the players of the AAGPBL were recognized in the Baseball Hall of Fame in Cooperstown, N.Y. In 1991, the league was honored in the movie, “A League of Their Own.” Westerman participated in the movie along with 48 other original AAGPBL baseball players.

Other awards and honors bestowed upon Westerman included being inducted into the Old Timers Baseball Association of Chicago in 2000, the Grand Rapids Sports Hall of Fame in 2003 and the Milwaukee Brewers Wall of Fame. She was the assistant coach of women’s softball at Carthage College for four years, coached softball in Milwaukee for six years and was a strong supporter of all high school and college athletics.

Westerman was active as a 4-H leader for 14 years, president of the 4-H leadership council for two years, active in Home and Community Education (HCE) since 1956 and president of the Executive Board for HCE. She was a long-standing member of the First Congregational Church and most recently a member of Lord of Life Lutheran Church.

Arbor Day has been celebrated in the United States since 1872. In Wisconsin it is celebrated on the last Friday in April. This marks the 40th consecutive year that Kenosha has been recognized as a member of Tree City USA, through its progressive forestry policies and programs. The National Arbor Day Foundation sponsors the Tree City USA program.