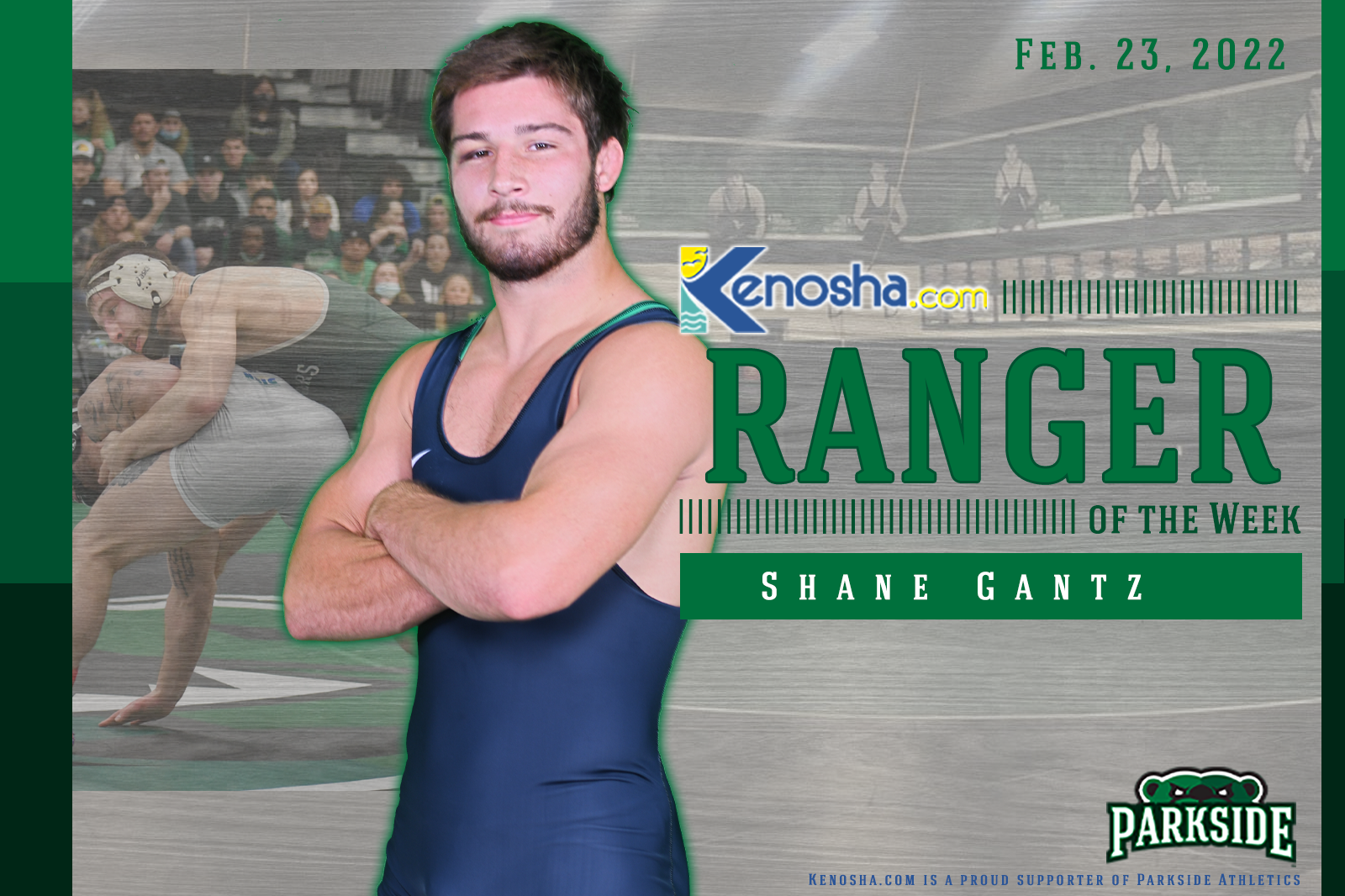 Parkside redshirt junior wrestler Shane Gantz has officially finished off the 2021-22 regular season with a perfect 27-0 record. He earned a 22-7 technical fall against No. 15 Upper Iowa’s Cameron Lopez last Wednesday night to finish out the regular season and has been named the Kenosha.com Ranger of the Week for the third time this season.

Gantz, a Waukesha native, last lost a match on March 12, 2021 at the 2021 NCAA II Championships and hasn’t dropped a regular-season match since Feb. 9, 2020. He heads into this weekend’s NCAA Super Regionals with the same mentality he’s had all year: “Focus on getting better every day. Win or lose, I look at how to get better.”

Gantz took second at last year’s Super Region V Championships, and this year there are zero wrestlers ranked in the top 12 in the latest NWCA Rankings at 165 pounds. Gantz is hoping to “really dominate at Regionals and show everyone that I’m the best wrestler in my class going into Nationals.”

This year, he finished 9-0 against the Northern Sun Intercollegiate Conference, won the Pointer Open, the Findlay Open, the Jim Koch Open and the Midwest Classic Championships at 165. He was named the 10th most dominant wrestler in NCAA Division II as he’s earned a technical fall or major decision in seven of his last eight matches.

The No. 7 Rangers look ahead to the rigorous 2022 NCAA II Super Region V Championships this weekend in Moorhead, Minn., on Saturday (Feb. 26). They’ll send four wrestlers who are individually ranked in Gantz (No. 2), redshirt senior Joe Arroyo (No. 4 ), redshirt senior Rodsean Graham (No. 9 ) and redshirt senior Job Ayala (No. 10). The Super Region V has been known as the toughest region among the six, and it only includes members of Parkside’s conference, the NSIC.

The Parkside men’s basketball team will host a non-conference game on Thursday (Feb. 24) against East-West. Go to ParksideRangers.com/Tickets to enjoy $2 tickets to any non-suite seat in the arena in honor of NCAA Division 2 Day. The Bear Club is being sold for two tickets for $22 (originally $50).

Also, the Parkside women’s basketball team is battling for a home game on Wednesday, March 2 to kick off the Great Lakes Intercollegiate Athletic Conference Tournament.