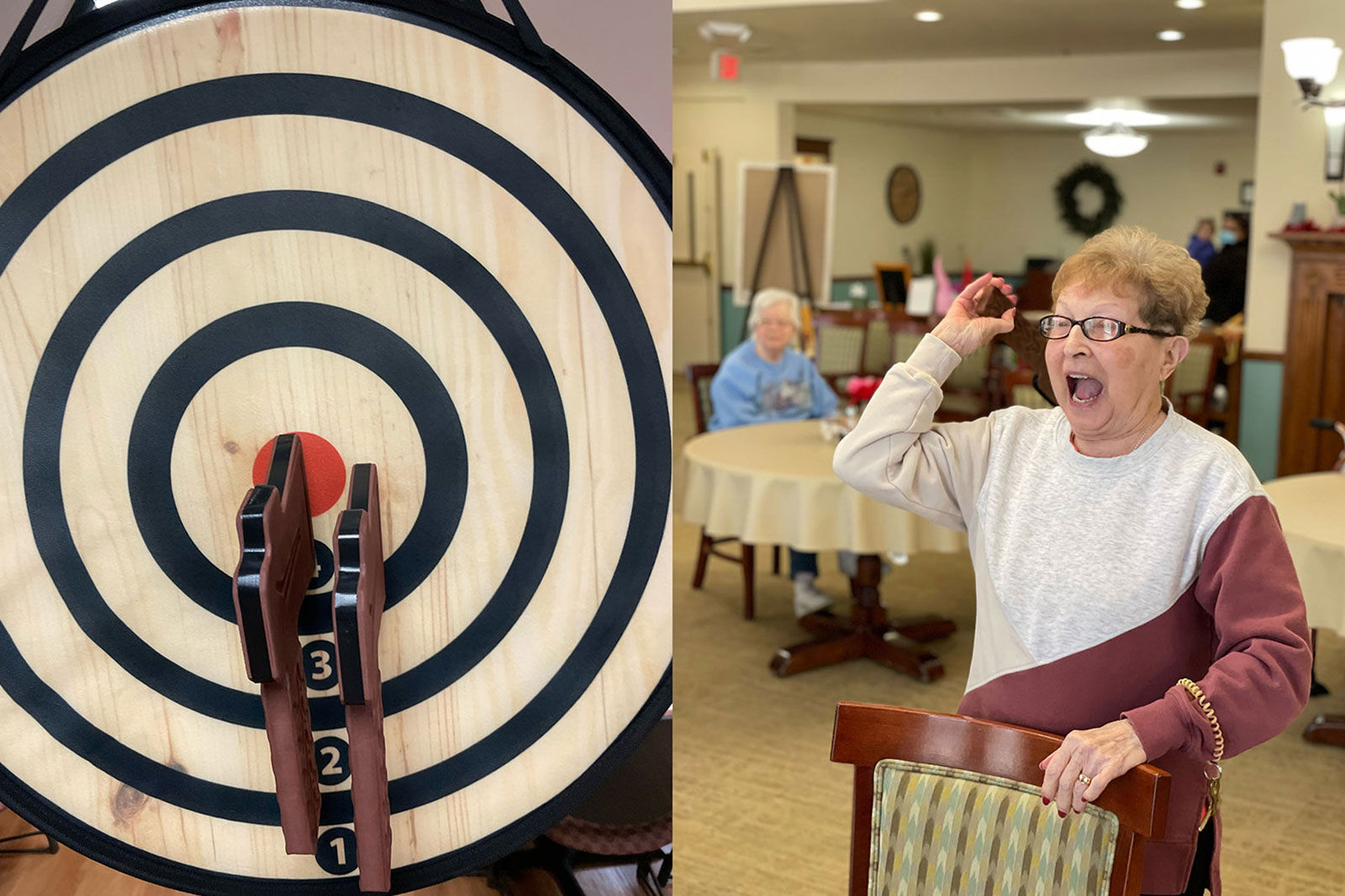 A good time was had by all as Library Terrace Assisted Living residents participated in an axe-throwing contest. Don't worry, the axes were foam and plastic and stuck to the target with Velcro.
PHOTOS: SUBMITTED PHOTOS
Kenoshans, Local

Residents take part in an axe-throwing contest (don't worry, they were foam and plastic)

While Library Terrace Assisted Living residents will certainly enjoy some traditional Valentine’s Day fun this week, Life Enrichment Coordinator Lanna Luzar had a hunch that something “cutting edge” might be more “on target.”

Let’s just say she hit the bullseye when she came up with an axe-throwing contest, which was a huge hit with residents this week. Granted, the axes were foam and plastic and stuck to the target with Velcro, but everyone bought in and made it just as fun as the trendy real thing.

Residents even came up with nicknames to suit the occasion, including Mean Jeanne the Axe Throwing Queen, Flo Good Throw, Bullseye Linda, Roboto Bob and Mary Muscles, to list just a few. It turns out that Linda’s name was the most accurate, as she won the friendly competition.

“We discussed ‘Remember When’ they went to Wisconsin Dells as kids” and the themed souvenirs they brought back, Luzar said.

The idea is just one example of how Luzar, who was honored as the 2021 Wisconsin Activity Professional of the Year (and featured as our Kenoshan of the Week in October), always has her eye out for entertainment and engagement for residents, even when she’s not on the job.

“Honestly, I know it’s a big craze now with college students,” Luzar said. “So when I was shopping with my 15% off bag after Christmas and found the target and axes bullseye game, I said ‘It’s a deal!’”