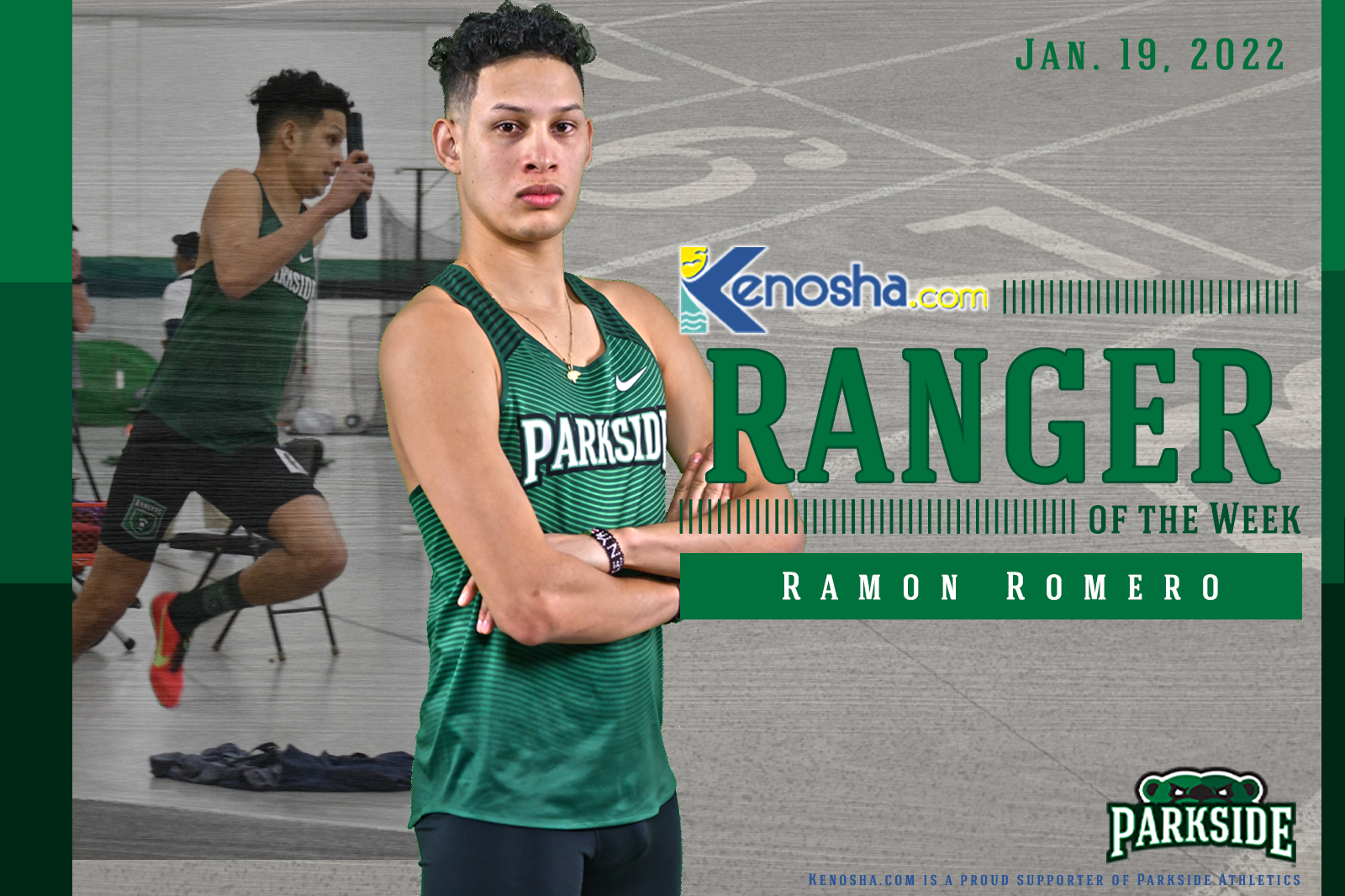 Ranger of the Week: Ramon Romero

Native of Honduras breaks the national record in the indoor 3,000-meter run at Carthage

It’s not out of the ordinary for Parkside student-athletes to amaze us, which is just what happened on Saturday, Jan. 15, at the Carthage College Firebird Opener. Junior Ramon Romero had a historic day, running the indoor 3,000-meter race in a time of 8:49.7. After breaking the national record in the event for his home country of Honduras, Romero has been named the Kenosha.com Ranger of the Week.

A journey to Wisconsin

Born in Honduras, Romero moved to America when he was eight years old. His family looked to escape the increasing violence and crime in Honduras, and hoped to find a better life in the U.S. Romero spent the rest of his childhood growing up in Arcadia, Wis., playing sports and enjoying the new opportunities he had been given.

“It’s different in Honduras,” Romero said. “Outside of soccer, there’s really no support for athletics of any kind. There is no funding, facilities, or opportunities to excel.”

Romero chose to attend Parkside because of its prime location.

“I knew I wanted to stay in Wisconsin,” he said. “I wanted to be within driving distance of my home and my family.”

Another reason for choosing Parkside was the team chemistry that he experienced within the cross country and track & field teams. Romero felt valued, and he appreciated the full-scale effort that the team put in to trying to make him feel wanted at Parkside. He credits former teammate Spencer Oftedahl for playing a big role is his decision-making process.

At Parkside, Romero currently studies sports management, with a minor in coaching. Although he is academically a senior, Romero has not yet settled on which path he wants to take in the sports field yet. He would like to either coach collegiately or work with the pros, and he feels that there are so many avenues in sports, that once he finds a path he really enjoys, he will pursue that as a career.

Goals on the track

Grateful for breaking the national record, Romero stays humble, knowing that this is only the beginning of the goals that he would like to achieve. Romero would like to eventually break the Central American record, and qualify for the Track & Field World Championships. Romero previously broke the indoor 3K record back in 2019, and he currently holds the Honduran indoor record for the mile, which he broke in 2020, when he ran a 4:31.88. However, Romero has his short term goals set on qualifying for the NCAA Division II Indoor National Championships.

“If I can make it to nationals, the other records are going to fall with it,” Romero added.

Up next for track & field

The Rangers will host the Lake Michigan Open on Saturday (Jan. 22). Events will begin at 10 a.m. in the Petretti Fieldhouse. The meet is also Alumni Day for the Rangers program presented by Oakfire Pizzeria & Bar. For information on tickets for all Parkside home events, visit parksiderangers.com/tickets.

Big weekend for the Rangers

It’s a busy weekend at Parkside, with home basketball doubleheaders on Thursday and Saturday and home wrestling duals on Friday night and Sunday afternoon. Parkside wrestling is ranked No. 7 in the nation and will host Military/First Responders Appreciation Night on Friday against Minot State at 7 p.m.

Visit ParksideRangers.com/Tickets for tickets to all upcoming events at Parkside.