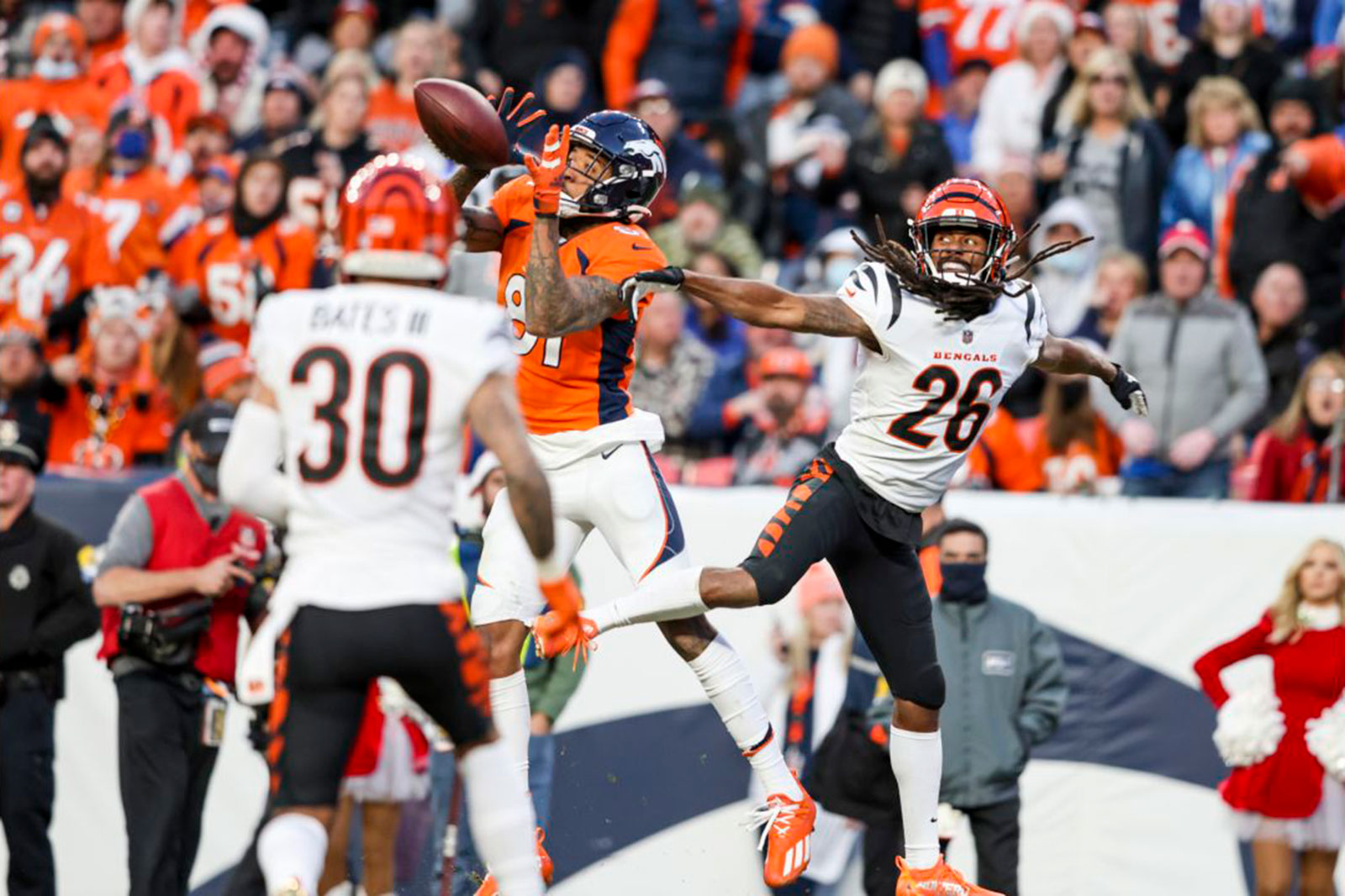 For the third consecutive time, Trae Waynes got the best of Melvin Gordon on Sunday afternoon.

The former Bradford High School teammates squared off in Colorado with Waynes’ Cincinnati Bengals topping Gordon’s Denver Broncos, 15-10, before a capacity crowd of 76,134 at Empower Field at Mile High.

Sunday marked Waynes’ return to action following a nagging hamstring injury. A cornerback, the Harborside Academy graduate recorded two tackles in his first game (third overall this season) since a 25-22 home loss to the Packers on Oct. 10.

Gordon, a running back, gained 53 yards on 15 carries and caught one pass for eight yards. On the season, Gordon has carried the ball 174 times for 769 yards (4.4 avg.) and seven touchdowns, while catching 23 passes for 174 yards and two TDs.

The Bengals improved to 8-6 and the Broncos dropped to 7-7.