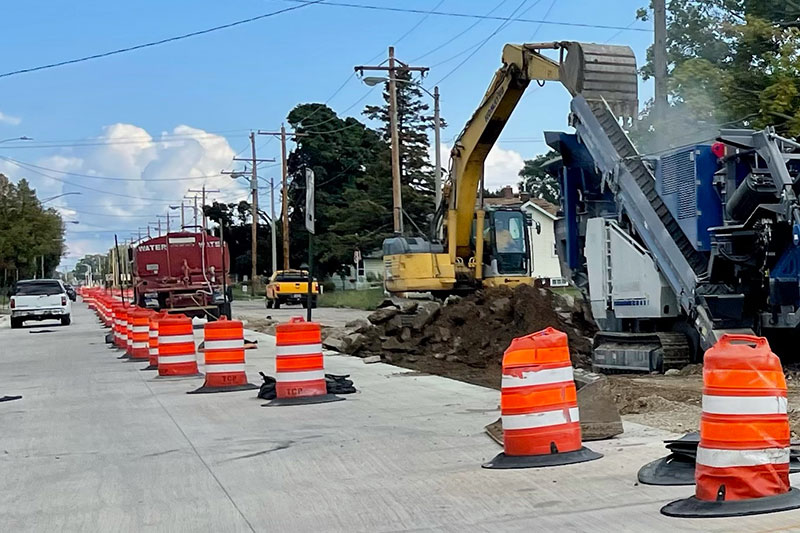 Traveling with little tikes is always a challenge.

I remember taking the Great American Road Trip from Kenosha to the Rockies. We saw The Field of Dreams, visited Buffalo Bill’s barn, saw rodeos, stopped at Yellowstone, got water at Wall Drugs, went into the Corn Palace in Mitchell, South Dakota, and drove through the Badlands.

Each of those stops created lifelong memories. They were wonderful. Not so wonderful was the ride between the monuments. We had a Dodge van with separated seats for the two kids. That should ensure peace along I-80 and I-90. Well, not so much.

Today’s tikes have TV screens in the back seat. Or, they have computer devices in their little hands that show cartoons for hours.

But, back in the day, we had to come up with innovative ways to keep the two little passengers occupied and prevent them from poking at each other. The words still echo in my mind, “Dad, he’s looking at me.”

Singing camp songs lasted about to Waukegan. Then it was stories. Those lasted to about Joliet.

“Let’s listen to the radio” lasted about three miles.

So, we reached into the parent bag of tricks and pulled out the time-tested idea of playing games.

There was the “look for a red truck” game. The license plate game involved finding license plates from different states (“Ooh, I saw one from Alaska.”). That would occupy the little minds for maybe 50 miles before it dissolved into charges of fraud (“He did not see a New Hampshire and he’s looking at me again!”). Then Dad would threaten to put a plywood wall in the space between the kids.

I think of those games when driving during construction season.

In the last few weeks, we have dodged cones on every highway and byway in Kenosha and environs. There is hardly a street that is cone-free.

Seeing all those cones causes me to think about what those suckers must cost. I wonder if the new law includes a line item in the budget for orange cones.

Then I would start a subsidiary company that made electronic games for kids to play while riding in the back seat on long rides. The games would focus on counting cones. Every time they saw a cone they could touch the screen with their sticky little fingers and get a point.

That should occupy them until at least Dubuque.