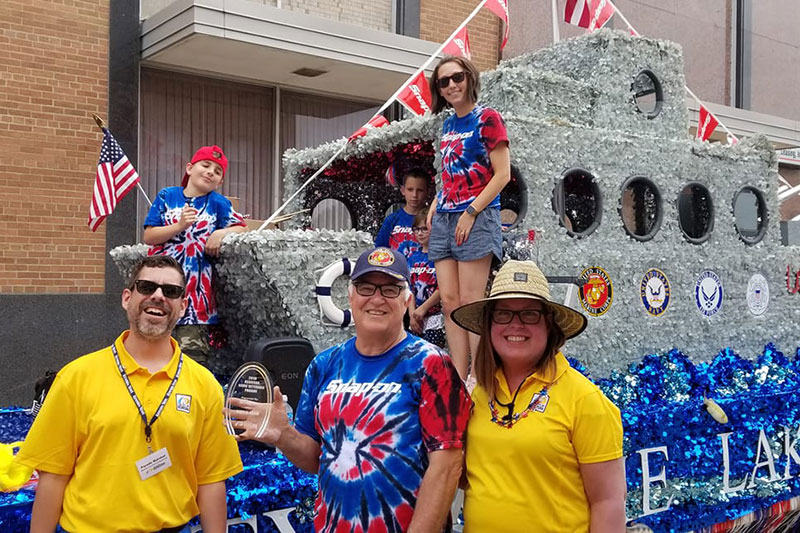 A beloved Kenosha tradition is back.

The event will begin at 1 p.m. at Washington Road and Seventh Avenue. It will continue south through Sixth Avenue downtown and end at Library Park. This year’s event presented by Snap-on has a new route to better accommodate crowds.

Kris Kochman, the city’s community relations liaison, has organized the parade since 2012. It was cancelled last year because of the COVID-19 pandemic.

This year’s theme is “Centennial Celebration: Women’s RIght to Vote.”

“Last year was the 100th anniversary of the 19th Amendment but we weren’t able to have the parade last year,” Kochman said, adding some portions of the parade will honor the suffrage movement.

“The Danish Sisterhood is doing an entry called ‘Women and Their Bicycles.’ According to their entry, the bicycle has been a symbol of equality among the people of Denmark allowing women freedom and liberty to vote, travel and be themselves.”

“I’m very happy that we’re able to have the parade,” Kochman said, adding she wasn’t sure what to expect this year. “Planning for the parade starts quite a few months in advance.”

Kochman said she was hoping for at least 50 parade participants. Fortunately, more than 80 organizations, community leaders and performers will take part.

“That includes everything from veteran’s organizations, floats, musical acts, pageant winners and elected officials,” she said. “We’ve got a whole smorgasbord of entries.”

Kochman said she’s “especially excited” for this year’s parade because it feels like “we haven’t had it for so long.”

She said she’s also thankful for the opportunity to publicly honor veterans.

“It’s the Kenosha Civic Veterans Parade, so a big part of the parade is honoring our veterans,” she said. “This year we are honoring both the 2019 and 2020 hometown heroes of the year. We’re really grateful to honor them for their service.”