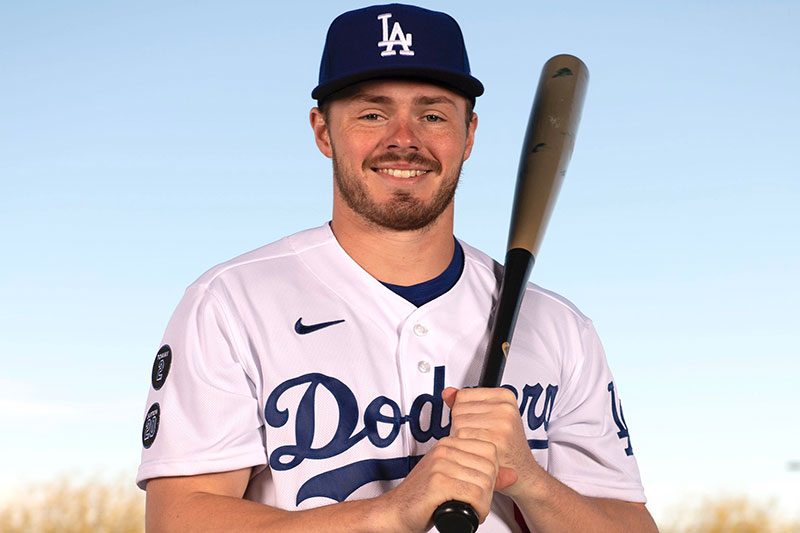 Lux having a solid spring with the Dodgers

If longtime big leaguer and MLB Network analyst Billy Ripken had his way, the Los Angeles Dodgers would put Kenosha’s Gavin Lux in the lineup and keep him there.

Ripken made his opinion quite clear following a Dodgers’ Cactus League telecast on the network this week.

“(Let him) play … everyday!” the brother of baseball’s “Iron Man” implored on Tuesday. “Look, a couple of years ago, they were talking about trades and this and that and everything else. They said, ‘We are not trading him. Gavin Lux is untouchable,’ OK, then, prove it to me.”

The Indian Trail graduate was the Dodgers’ first round pick (20th overall) in the June 2016 draft. He rocketed through the minor leagues, earning player of the year honors in 2019 while consistently being ranked among the game’s top prospects.

Lux, a left-handed hitting middle infielder, hit .240 with two homers and nine RBI for the Dodgers in his first taste of big league action in 2019. He struggled in the COVID-shortened 2020 campaign hitting just .175 in 19 games.

This spring Lux has played almost every other day at second base in the World Series champion Dodgers’ Cactus League schedule.

Zach McKinstry and Chris Taylor have also seen time at second this spring.

“Let him play,” Ripken continued. “The man has raked in the minor leagues. He’s swinging the bat well right now in spring training so there’s nothing wrong, in my opinion, with giving this kid an opportunity. You just won a World Series. You’ve got talent everywhere on your team, pitching staff and position players. I think this guy deserves a shot. Don’t platoon him. Throw the man out there every day at second base and let’s see what we have.”

The Dodgers have to like what they’ve seen so far from the 23-year-old.

On Wednesday, he got a start at shortstop, the position he played in high school, and walked twice against White Sox ace Lucas Giolito before being retired by Sox closer Liam Hendriks on a fly out to left.