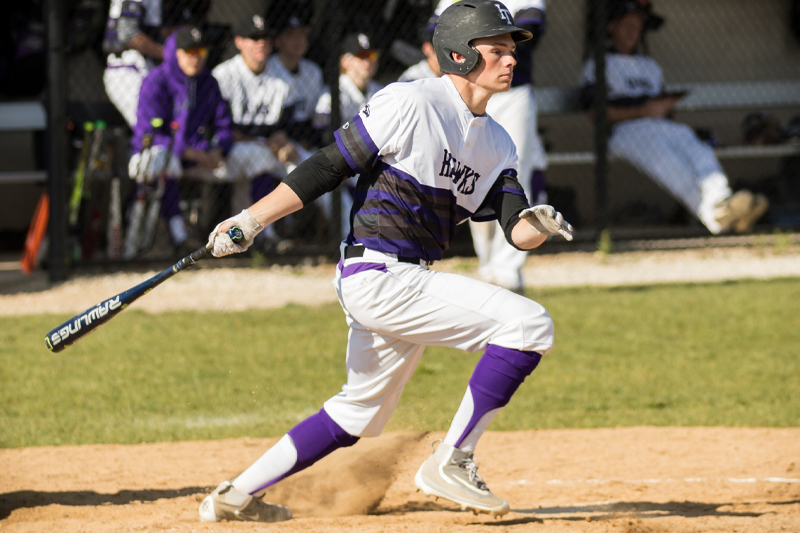 Here’s a nuts-and-bolts look back at Kenosha native Gavin Lux in the wake of his second Major League season:

Lux ended the campaign on the turf at Globe Life Field in Arlington, Texas celebrating with his teammates after the Los Angeles Dodgers clinched their first World Series title in 32 years with a 3-1 Game 6 win over Tampa Bay on Oct. 27.

At one point, FOX cameras caught a partially-masked Lux congratulating Dodger pitcher and future Hall-of-Famer Clayton Kershaw, who was on the winning side of a World Series for the first time in his 13-year career.

Draft: Selected by the Los Angeles Dodgers in the first round (20th overall) of the 2016 Major League Baseball

The Indian Trail graduate is the first Kenosha native to play for a World Series winner.

“This season is very unique to everyone. I don’t think it’s fair to the player under all these circumstances, being late to summer camp and all this stuff, to classify it as a lost or a wasted season.”

It was an uneven 2020 regular season for Lux.

The 22-year old infielder hit .175 (11-for-63) with two homers and nine RBI in 19 games after reporting late to the Dodgers’ Summer Camp for an undisclosed reason in July.

This came on the heels of a pre-pandemic spring training in February and March where Lux was a regular at second base.

Lux finally made his 2020 debut on Aug. 27 as the Dodgers were steaming to the National League West title in the midst of a truncated 60-game schedule due to the pandemic.

Despite his struggles, Dodgers’ manager Dave Roberts was not down on Lux, who entered the campaign as mlb.com’s No. 2 prospect after earning Minor League Player of the Year honors from Baseball America.

“This season is very unique to everyone,” Roberts said. “I don’t think it’s fair to the player under all these circumstances, being late to summer camp and all this stuff, to classify it as a lost or a wasted season.”

Lux’s season of tumult had its bright spots.

He surpassed Ray Berres, who hit three home runs from 1934 to 1945. Lux and Berres, who passed away in 2007, are the only two Kenosha natives to homer in the Major Leagues.

Lux was not on the Dodgers’ 2020 World Series or League Championship Series roster.

After being left off the Wild Card Series roster, Lux did get his second taste of the postseason when the Dodgers tabbed him to participate in their three-game sweep of San Diego in the Division Series.

The left-handed hitter was struck out swinging by Trevor Rosenthal as a pinch-hitter for Pedro Baez for the last out in the ninth of the Dodgers’ clinching 12-4 win.

It was his only at bat of the playoffs.

The 2020 postseason was quite the contrast from 2019 when Lux became the first Kenohan to play in the Majors since Dick Bosman ended his 11-year career in 1976.

Lux also earned a spot on the Dodgers’ playoff roster just weeks into his big league career.
Following a 23-game stint that saw him hit .240 (18-for-75) with four doubles, a triple, two homers and 19 RBI, the Dodgers started Lux in three games of their loss to eventual World Series champion Washington in the Division Series.

Lux met the moment by homering as a pinch-hitter in his first career postseason at bat in the Dodgers’ 6-0 win in Game 1.

At 21 years and 314 days, Lux became of the youngest player to hit a pinch-homer in the playoffs and the youngest Dodger to go deep in the postseason.

In addition, the dinger made Lux the second-youngest player to homer in his first postseason plate appearance in the playoffs, behind only 21-year old Brian McCann in 2001.

Lux’s multi-homer game on Sept. 8 was the first by a Kenosha native. … The Dodgers are 26-9 when Lux starts … 12 of Lux’s 29 hits have gone for extra bases. … Lux’s 2020 season debut came as the Dodgers finished off their first seven-inning doubleheader in the 137-year history of the franchise on Aug. 27 in San Francisco. Batting eighth, Lux was 0-for-3 with two strikeouts while handling four chances without an error at second base in a 2-0 win as the Dodgers swept their first doubleheader in San Francisco since July 26, 1988 at Candlestick Park. … Lux has made starts at every spot in the batting order except third, fourth and fifth

The Dodgers play the Brewers in Milwaukee June 29 to May 2 and face the Cubs at Wrigley Field May 3-5.

The Dodgers open their 2021 Cactus League schedule Feb. 27 vs. the Cubs at Sloan Park in Mesa, Ariz. … The Dodgers regular-season opener is scheduled for April 1 at Colorado with the home opener April 9 vs. Washington. … The Dodgers play the Brewers in Milwaukee June 29 to May 2 and face the Cubs at Wrigley Field May 3-5. The Dodgers host the Cubs June 24-27 and close the season at home against the Brewers Oct. 1-3. Lux has never faced the Cubs or Brewers.