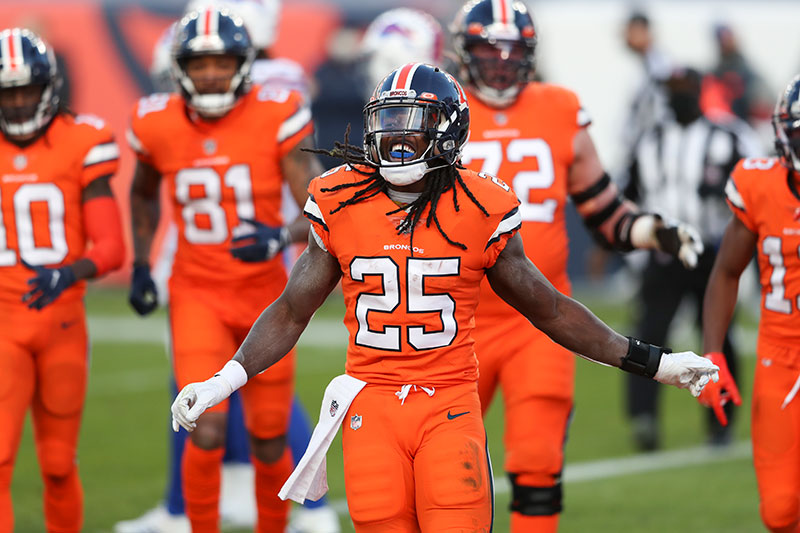 A nuts-and-bolts look at Kenosha’s Melvin Gordon at the end of his sixth NFL season:

In his first season with the Denver Broncos after five with the San Diego/Los Angeles Chargers, Gordon rushed for a team-high 986 yards on 215 attempts while playing in 15 games (10 starts) … He was the first Bronco to lead the team in rushing in his first year with the team since Willis McGahee in 2011.

Gordon widened his lead as the NFL’s career leader among Wisconsin natives with 5,226 yards. … Fellow Kenoshan and Bradford graduate Alan Ameche is second at 4,045 yards. … Gordon moved to within three touchdowns of overtaking Crivitz’s Pete Banaszak for the all-time lead among state products in NFL rushing touchdowns. Banaszak scored 47 times for the Raiders from 1966 to 1978.

The University of Wisconsin product’s best game of 2020 was a 131-yard output in the Broncos’ 22-16 loss at Kansas City on Dec. 6. This was the fourth-highest rushing game of his career. … Gordon’s average of 8.73 yards per carry in that one was the second best of his career behind a 9.43 clip for the Chargers at New England on Oct. 29, 2017. It’s no surprise that Gordon’s two longest runs occurred in those games (a 65-yarder vs. KC and an 87-yarder vs NE)

Gordon was in on 627 snaps this season, which was the third-best mark of his career and highest since 2017 (749). … Five of Gordon’s nine rushing touchdowns were at least 10 yards. His longest run for a TD was from 43 yards on Oct. 1 at the Jets. … Gordon’s 32 receptions, 158 receiving yards and average of 4.9 yards per catch were career-lows.

The 2021 schedule has the Broncos facing the Cincinnati Bengals. … That means Gordon could face his high school teammate Trae Waynes. … A cornerback, Waynes missed the entire season with a pectoral injury after signing a three-year $42 million contact with the Cincinnati Bengals. … Waynes and Gordon have played two previous times. … On Sept. 27, 2015, Gordon’s Chargers downed Waynes’ Minnesota Vikings in Minneapolis. Gordon rushed for 51 yards and Waynes had five tackles in the third career game for both players. … On Dec. 15, 2019, Gordon gained 28 yards and had five catches in the Chargers 39-10 win in Los Angeles. Waynes logged three tackles and fumble recovery in that one. …  The NFL schedule will be released in April.