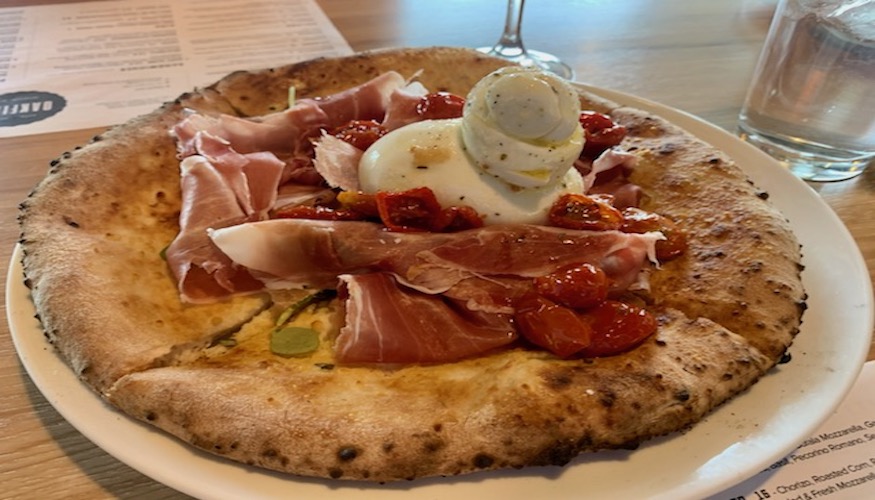 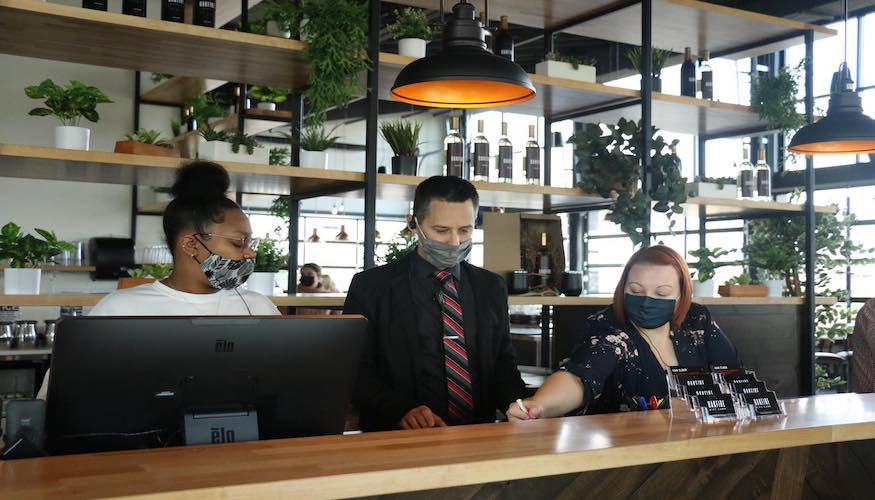 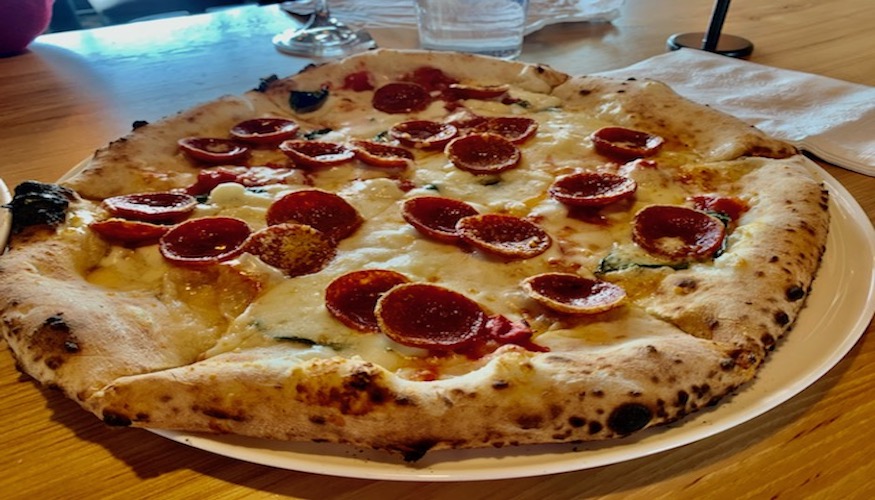 A Taste of Naples Arrives in Somers

SOMERS — When you walk into Oakfire you’re immediately hit with the comforting aroma of fresh pizza dough.

During its ribbon cutting ceremony last week, I ordered burrata, both pepperoni and “Verdure” pizzas, and for dessert the “Death By Chocolate” cake.

After chatting with Scotney, making some small talk with staffers and touring the spacious yet cozy establishment, the burrata arrived at my table. As someone who travels to Italy as often as possible, I take their cuisine seriously.

The dish made of fresh mozzarella was delicious. The soft cheese was set atop warm wood-fired bread and accompanied by good olive oil, arugula, black pepper and sun-dried tomatoes. It’s also one of Scotney’s favorite items.

The pepperoni pizza arrived next. The star of the show was the crust — something Scotney said he spent years developing to achieve the perfect chew. This pizza was drizzled with honey, which helped cut the spiciness of the meat. Everything in life needs balance, right?

Oakfire is the perfect spot to see and be seen — once people feel comfortable doing that again. It also feels like the perfect place to take a first date.

There’s a bar on the north side of the bistro that offers speciality drinks.

Scotney said some commented on the strength of them before he opened. He joked he wouldn’t water them down, so be careful. He wants you to actually taste the spirits.

Finally, the dessert came. You don’t order this unless you are prepared to eat the whole thing. I ordered it with gelato on top — because, why not? You eat this and you just know the world is a better place.

I took the “Vendure” pizza to go because I couldn’t eat anymore in one sitting — and thought it would be a great opportunity to share with others. This pizza consisted of grilled artichokes, cremini mushrooms, roasted peppers, capers, oregano, basil and garlic oil. It’s vegan, but since I’m not, I added cheese to it.

Although I was stuffed, I can’t resist pizza. This was briny and earthy and some of the best pizza I’ve ever had in Kenosha.