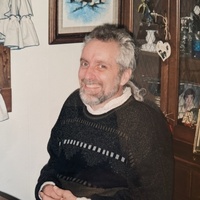 William was born on March 1, 1951, in Livingston, TN. He was the son
of William Hensley Sr. and Irene (Sells). He attended school in Blue
Springs, MO. As an artistic and creative intellectual, he was a member
of the Wisconsin Mars Society, a former Wisconsin Solar System
Ambassador for JPL, and an advocate for both the environment and
social justice. His hobbies included enjoying the great outdoors,
bicycling, listening to music and reading many books. Most of all, he
loved spending time with his family and friends.

Survivors include his daughter, Kendra; father, William Hensley Sr. of VA;
brother, Tedrick (Marcia) of WI; sister, Jane Flatt (Bobby) of VA; and
former wife, Heidi Prior of Kenosha. William was preceded in death by
his mother.

He will be dearly missed and fondly remembered. A celebration of life
will be held at a later date.