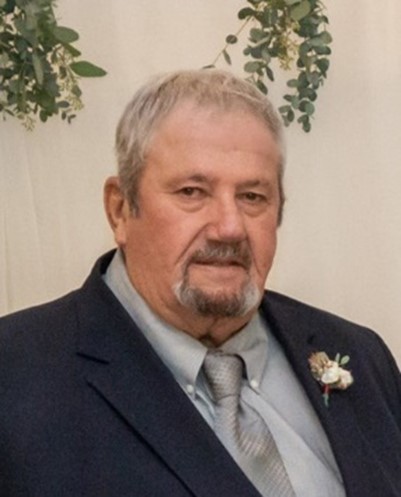 William “Bill” Raymond Mangold Passed away peacefully with family standing by his side on October 9, 2022. Bill was born on October 2, 1942 to William and Irene (Koldeway) Mangold and was a life time resident of Lyons, WI and very proud of it. He served in the Army in Korea during peace time and a Veteran for Post #327 Lyons. Bill worked as an Operating Engineer Local #139 for most of his life till retirement. He served on the Lyons Town Board for many years.

The family was able to help him celebrate his 80th birthday recently. He was always the happiest when Family was all together. His last words were “I had some wild times and I am a very blessed man” On September 4, 1965, Bill married Pauline Menge. They were married for 49 years, parted ways, and they continued to support each other. They had 4 children together: Paula (Alan) Schoenberg of Rewey, John (Ann) Mangold of Bloomfield, Jennifer (Iram) Cruz of Lake moor, IL, and Aryn (Tristan) Skilling of Bloomfield. Bill had 10 Grandchildren, Jessica (Brad) Soots, Joshua (Samantha) Schoenberg, Trudy (Tim) Ostrander, Jake (Laina) Mangold, Rachel (Quinn) Mangold, Will (Shalah) Mangold, Sarah Mangold, Owen Skilling, Grayson Skilling and Christian Cruz. Bill also had 9 Great-grandchildren, Charlie Soots, Bradley Bardell, Sawyer Soots, Charlie Ann Bardell, Liam Soots, Bentley Mangold, Nolan Schoenberg, Riley Bardell, and another Schoenberg boy coming in February.

Bill had so many friends and extended family he loved and they loved him. There will not be any services per his wishes. Memorial donations may be made to https://www.timeisnowtohelp.org/ Family plans to have a Celebration of Life next year. Thank you to the staff in the ER and ICU at Burlington Memorial Hospital and those serving on the Lyons Rescue Squad. You are truly appreciated by his family.