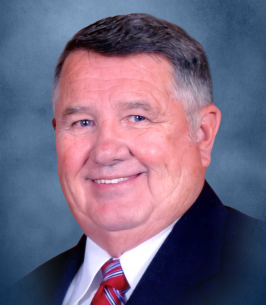 William “Bill” M. Misamore passed away on Monday, February 21, 2022, at his home surrounded by family.

He was born in Findlay, OH on October 20, 1935, to the late Roy and Thelma (Fink) Misamore. Bill grew up on a farm just outside his town where his older sister, Janelle, was influential in raising him into a fine young man. He attended Liberty Benton Highschool where he played varsity football, basketball, and baseball. He was the class president, was on the honor society and was voted most likely to succeed. He was the only member of his 1954 class to attend college. Bill graduated with an associate’s degree from Findlay College in 1956. He went on to earn his bachelor’s degree in 1958, and accounting master’s degree in 1962 from Bowling Green State University (BGSU) in Ohio. Bill was also a member of Beta Alpha Psi accounting fraternity.

Bill proudly served in the United States Army from 1958-1960, he was stationed in Staten Island, NY and worked for the accounting department on the base. On November 26, 1960, he married Mary Jane Gates in Findlay, OH. They recently celebrated 61 wonderful years together.

After his time in the service, Bill was employed at the registrar’s office at BGSU in Bowling Green, OH, where he developed the methods of using the first computers to register students and compile grades. In 1972, he was recruited to University of Wisconsin Parkside to be Director of the Computer Center, where he introduced computerized registration, and grades. Bill’s system was then expanded to UW Madison and other UW schools. He transitioned the UW Parkside computer center from IBM computers run with punch cards, to magnetic tape, to circuit boards. Bill owned one of the first personal computers and he was a leader in data processing in Wisconsin. He developed the first computerized timing system for the cross-country program at UW Parkside, allowing them to host the National Cross-Country championships each year. On top of all his successes, he was also the assistant tennis coach at UW Parkside and eventually retired in 1999.

Bill was a longtime board member of the First Congregational Church and a Deacon at First Presbyterian Church in Kenosha, WI. He was a very active church member in his adult life and took part in the Bible study and Mariners group until his death.

He was also active in the Rotary club, and hosted four high school exchange students from Brazil, Japan, South Africa, and Finland. Bill was also a member of the Masonic Order and Kiwanis club. He was a local Cub Scout leader for many years and loved to fish, camp, and play golf. Bill was a talented wood worker and avid bird watcher, he enjoyed the many beautiful birds at his bird feeders. Bill and Mary Jane were well traveled, together they visited all 50 states, and over 30 countries across five continents.

Bill was very proud of what the “poor farm boy” from Ohio had achieved in his life. His greatest joy was bringing happiness to his wife and children. He valued education, inspiring all of his children and grandchildren to attend college and strive for professional careers; his son Mike is a tenured college professor at TCU. Bill was a role model for many young people and was a wonderful husband, father, grandfather, and friend.

In addition to his parents, Bill was preceded in death by his siblings, Vernon Misamore, Janelle (Nobel) Radar, and Kay Hillard.

Visitation will be held from 9:00 a.m. – 10:00 a.m. on Saturday, February 26, 2022, at First Presbyterian Church, 1803 83rd St. Kenosha, WI 53143, with services commencing at 10:00 a.m. Interment will be held privately at Sunset Ridge Memorial Park. Masks will be required for attendance. Those desiring may make contributions to First Presbyterian Church.