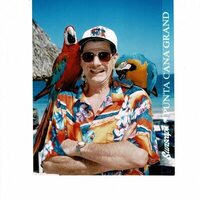 William J. (Bill) Ream of Kenosha, WI passed away on August 9th, 2021. He was born October 31, 1946 to Nicholas F. and Helen K. (Hertel) Ream of Antioch, IL. He graduated from Antioch Community High School in 1964. He married Roberta L. Banedt on January 25, 1969. Bill owned and operated Bill’s Service in Antioch for 25 years. He was an avid snowmobiler in the early 1970s and served as trailmaster for the Northeastern Illinois Association of Snowmobile Clubs. He moved to Wilmot, WI in 1985 and then to Kenosha, WI in 1999. He was a former member of Westosha Flying Club where he received his single-engine land pilot’s certificate, instrument rating, commercial rating and certificated flight instructor rating. He was also a member of the Aircraft Owners and Pilots’ Association and Experimental Aircraft Association. In 1995 he was presented with the Oshkosh Service to EAA award for volunteerism. He and his wife, Bobbi, owned a total of five airplanes over the years and enjoyed flying to destinations in the Midwest and to Florida.

A private celebration of life will be held at a later date.