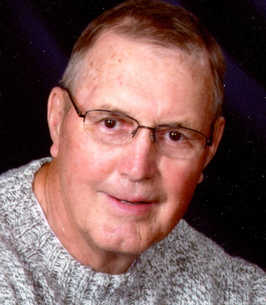 Born in Kenosha, on September 19, 1933, he was the son of the late Sam and Alida Westra. He was educated in the schools of Kenosha and graduated from Carthage College with his BA in Criminal Justice.

Willard proudly served in the US Navy from 1952 until he was honorably discharged in 1956. He was a 2nd class plane captain that was stationed in Anacostia – Washington, D.C., Norman, OK, and Memphis.

On September 29, 1956, he married Jeanette E. Posthumus. They celebrated 66 years of marriage together this year.

Willard was employed by the Kenosha Police Department as a police officer for 30 years and was active in their statewide shooting competitions. He was a member at St. Mary’s Lutheran church and enjoyed hunting, fishing, working at W&W Orchards and selling at the farmer’s market, and maintaining his garden which was his pride and joy.

Visitation will take place on Tuesday, November 8, 2022, at St. Mary’s Lutheran Church, 2001 80th Street, from 10:00 a.m. until the time of service at 11:00 a.m. Interment will follow at Sunset Ridge Memorial Park with full military honors.