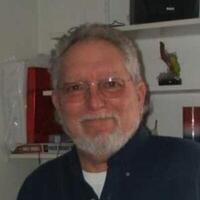 Wesley Mecum, 74, of Kenosha passed away on Thursday January 6, 2022, at Froedtert Kenosha Hospital.

Wesley was born 7/23/1947 in Princeton, Il to Eugene and Gladys(Behrens) Mecum. He attended schools in Buda, Il and graduated from Western Comm. H.S. May of 1965. He moved to Kenosha in June of 65 and attended Kenosha Tech. Inst. He graduated in June of 66 with an Associate Degree in Fluid Power Maintenance.

In Nov. of 66 he was drafted into the US Army. In Dec. of 67 he was shipped to Viet Nam as a member of the 1st Air Cavalry. While in Nam he was awarded a Purple Heart, a Purple Heart w/ oak leaf cluster, The Air Medal and the Medal of Commendation. He was Honorably discharged Sgt-E5 Oct. 31, 1968.

He returned to Kenosha and was a mechanic at Larry’s Northtown Standard . In Jun. 89 he started working for the Kenosha Water Utility. There he worked as an equipment operator until transferring to Street Div. in Aug of 2000 as a CM3 crew leader. He retired from the City Of Kenosha in May of 2005. In retirement he enjoyed spending time with his daughters, watching the Milwaukee Brewers and whatever else he felt like doing.

In lieu of flowers, a donation to any veterans program is appreciated.

A visitation will be held on Monday January 17, 2022, at Kenosha Funeral Services from 4:00PM-6:00PM with funeral services to follow at 6:00PM. Burial will be private.