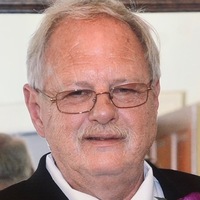 Thomas Brodsko, 70, of Kenosha passed away on Saturday May 28, 2022 at Froedtert South-St. Catherine’s surrounded by his loving family.

Thomas was born on October 31, 1951 in Kenosha, the son of the late Martin & Dolores (Moldenauer) Brodsko.  He was educated in the schools of Kenosha, graduating from Bradford H.S.  Thomas married Nancy Kraning on October 28, 1972 in Kenosha.  He was employed at AMC/Chrysler for 30 years, later working at Permacil.  His hobbies included fishing & hunting, gardening & yardwork, fireworks on the 4th of July, HOG Chapter Motorcycle Club, watching football, volunteering at the Kenosha Animal Shelter, playing computer games, woodworking, cookouts with family & friends, decorating the yard at Christmas and enjoying family gatherings and the Christmas season.  Thomas enjoyed swimming, being involved in gun clubs, sledding with the family, playing racquetball, trips to Las Vegas, former Moose Club member for many years, spending time with his pets, especially his dog, Charlie, and enjoyed being outside in the summer.

A visitation will be held on Tuesday June 7, 2022 at Kenosha Funeral Services from 4:00PM-6:00PM, with funeral services to follow at 6:00PM.  In lieu of flowers memorials to Safe Harbor Human Society would be appreciated.