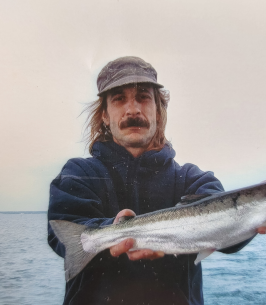 Thomas worked as a carpenter. He had a true joy and passion for carpentry; he loved to build. He enjoyed fishing, camping, riding his bicycle with his daughter when she was younger. Thomas was very interested in conspiracy theories and enjoyed political outcries.