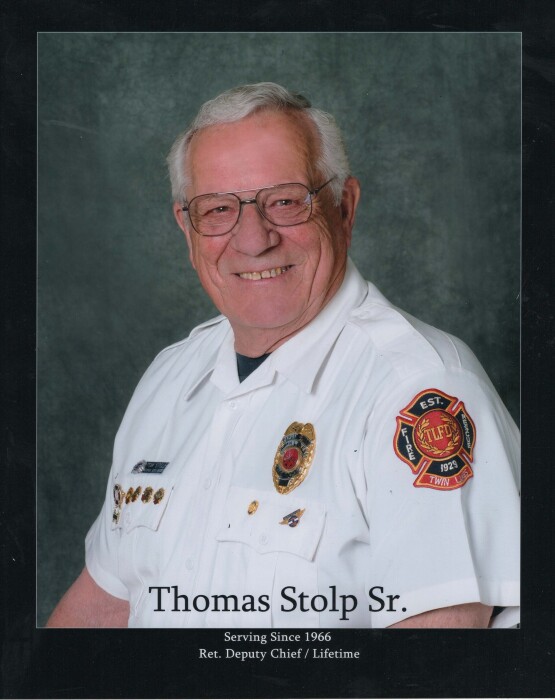 Thomas A. Stolp Sr. age 88 of Twin Lakes, WI Died May 3, 2022. He was born in Kenosha, WI on June 28, 1933. The son of the late Henry and Anna (LaJeunesse) Stolp. On October 11, 1958, he was united in marriage to Marilyn Leffelman who preceded him in death. Tom served in the United States Marine Corp. He worked for American Motors for many years as a truck driver. Tom also served on the Twin Lakes Vol Fire Department for 56 years serving as Deputy Fire Chief for many years.

Tom enjoyed Harley Davidson motorcycles, supporting the Wounded Warrior Project. He was deeply proud of being a United States Marine and a Firefighter.

Funeral Services for Thomas will be held on Friday May 13, 2022, at 4:00PM at the Haase-Lockwood & Assoc. Funeral Home 620 Legion Dr. Twin Lakes, WI. Burial to follow at St. John’s Cemetery. Visitation will be held from 12:00PM until time of services at the funeral home. Memorials may be made to the Twin Lakes Rescue Squad 236 E Main St. Twin Lakes, WI. Online condolences Haaselockwoodfhs.com.