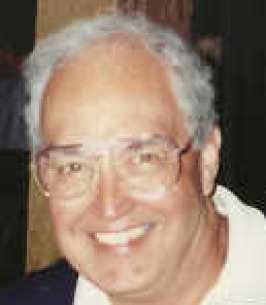 He graduated from Mary D. Bradford High School in 1949 and the University of Wisconsin in 1953 with a BBA degree. He was a member of Phi Delta Theta fraternity. Ted served in the U.S. Army from 1953 – 1955 where he was a Corporal, Engineer Supply Specialist. He served in France from 1954 – 1955 and was awarded the National Defense Service Medal.

He married Sally Kathleen Olson on March 2, 1957, at Bethany Lutheran Church in Kenosha, WI. They had two children, Steven Robert of Kenosha, WI and Julianne of Chicago, IL.

Ted began his career when he purchased Kenosha County Abstract Company (later Kenosha Title Services, Inc.) in 1955. He owned and operated the company for over 50 years and was a partner in the group that developed Harborview Office Center in Kenosha.

Ted is survived by his wife of 64 years Sally; a brother, Richard of Raleigh, NC; children Steven, and Julianne; grandchildren Nelson of Milwaukee, WI and Alison (Mitchell) Brever of Kenosha, WI. He was preceded in death by his parents, and a brother, Robert B. (Sigrid) Schneider of Kenosha, WI.

Funeral arrangements are private. The family will hold a Celebration of Life for Ted at a later date. Memorials may be made to The Robert B. Schneider Memorial Fund at the Kenosha Community Foundation. You may make the memorial online at www.kenoshafoundation.org/donate.