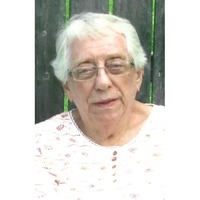 Thelma M. Kloet, 92, of Kenosha, passed away peacefully, surrounded by her loving daughter and son-in-law, Thursday, June 9, 2022 at Holton Manor in Elkhorn.

She was born on January 1, 1930 to the late Gabriel and Bertha (Wiebenga) Schaver in Fulton, Il.  She was educated in the schools of Fulton and graduated from Fulton High School.

Thelma was a member of Christian Reformed Church.

She is preceded in death by her son Frederick on January 13, 2022, her brothers Clayton and William and a sister Irene.