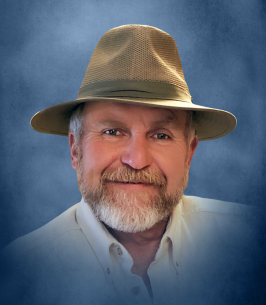 He was born in Boonville, MS, the son of the late Roy and Wilma (Bishop) Cochran. Terry met his beautiful wife in high school, and they have been together ever since. On May 3, 1980, he married the love of his life, Kim Stipek. They just celebrated their 42nd wedding anniversary.

Terry started his career as a Mason right out of high school. He worked for several local construction companies, retiring from Camosy in 2020. Terry was meticulous in his brick laying and masonry craft. He was a member of St. Paul’s Lutheran church and also a member of WI Mason’s Union Local #4, Bricklayers & Stone Masons of IL, and Bricklayers & Trowel Trades International. For Terry, hunting wasn’t a hobby, it was his lifestyle. Bow hunting was his favorite. Terry hunted many species of animals including bear, deer, turkey, and exotic. He kept a hunting journal that recorded all of his adventures. He took his son and wife on an African Safari in 2000. Let’s just say his house looks like a SAFARI! Terry owned his own taxidermy business; T-Coch Taxidermy. He brought his passion and creativity to this craft. He also loved to fish and had many famous fish fries with his family and friends. He loved to garden; he has a prized raspberry patch. They spent many weekends at their cabin.
More recently, Terry became a NASCAR enthusiast. He looked forward to the Sunday car races with his wife during his fierce battle with cancer.

Survivors include his wife of 42 years, Kim; his son, Ross (daughter to be Daniella Danyals); brother, Nickey Cochran; niece, Amber; nephew, Mason; and many other extended family all whom felt he was the biggest teddy bear.

In addition to his parents, Terry was preceded in death by his mother-in-law, Crystal Stipek.