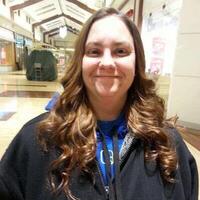 Tamara Ramos, 44, of Kenosha passed away on June 20, 2022, at Froedtert Pleasant Prairie surrounded by her loving family.

Tamara was born on September 16, 1977, in Michigan, the daughter of the late James and Judith (Larsen) Stilp. She was educated in the schools of Waukegan, IL. Tamara married Juan Ramos in 1999 which later they separated. She worked as a librarian for Waukegan Public School and also worked at Amazon and Walmart. Her hobbies included puzzles, reading, couponing, bowling, playing video games, collecting stuffed animals but most of all she loved spending time with her friends and family.

A memorial gathering will be held at Kenosha Funeral Services on Monday June 27, 2022, from 3:00-5:00PM with memorial services to follow immediately at 5:00PM.