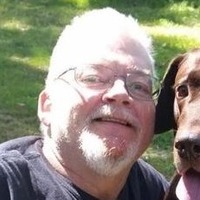 Steve was born on November 4, 1954, in Kenosha, the son of the late Oren & Sarah (Perry) Bullamore Sr. He was educated in the schools of Kenosha.  Steve married Laura Lawrence, they later divorced.  He then married Diana Justus on February 14, 2000, in Las Vegas.  Steve worked at American Brass for years until going back to school for his nursing degree after the plant closed.  He worked as an R.N. in various locations but most recently had been employed as an R.N. at the Wisconsin Southern Center for many years.  His hobbies included hunting, fishing, cheering for the Packers, but most of all spending time with his family & friends.

He is further survived by his two sisters, Beverly (Ron) Eckhart of Trevor and Barbara (Warren) Reck of Twin Lakes.

A memorial gathering will be held on Wednesday, October 20, 2021, at Kenosha Funeral Services from 4:00PM-5:45PM, with memorial services to follow at 5:45PM.