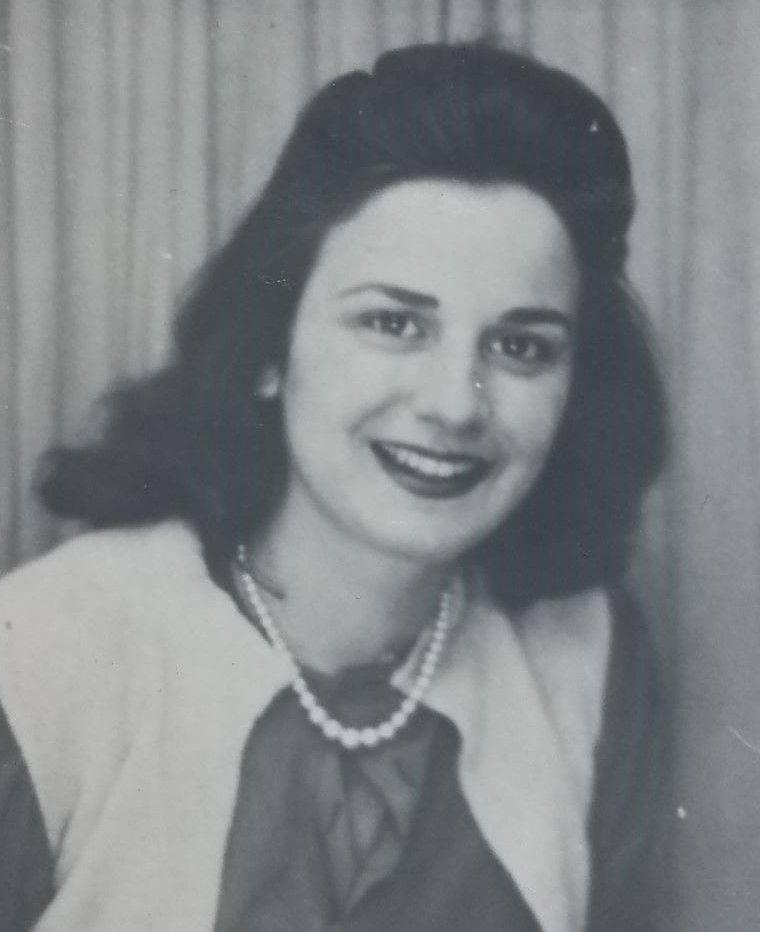 On April 17, 1945, Stella married Cpl Jack William Gross at ORD Chapel #4 at the Air Base in Greeensboro, NC and later married local businessman Aldo Nudi in 1990.  Both are deceased.

She was a lifelong Methodist, who was active in the church during her youth and enjoyed watching services and bible study throughout her life.

Stella was a respected businesswoman whose quick mind, multi-tasking abilities, and strong people skills contributed to her success as the owner of a sewing machine franchise in Toledo, Ohio.

Her kind and generous spirit and positive outlook made her friends and fans wherever she went.

She was very strong spirited and determined, and enjoyed being physically active, hiking several weeks on the Appalachian Trail in her mid-fifties.

Stella was an inquisitive learner who enjoyed challenging her mind with a wide range of topics from studying business and attaining her broker’s license to studying about and living a healthy lifestyle.

She was preceded in death by her sons Jack Warren Gross and Ralph Michael Gross, her brothers Victor, George, Donald, Jack, Richard and Harry Bedore and sisters Shirley Zampino and Marie Morin.

There will be a private burial next to her dear Aldo at All Saints Mausoleum in Kenosha with a celebration of life at a future date.