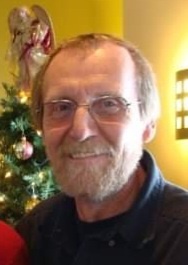 Scott R.Morton, age 73 passed away on January 16, 2022.  He was born January 9, 1949 in Waukegan, Il.  The son of the late Ray and Lucille (Scott) Morton.  He attended Holy Name Grade School, Wilmot High School and was drafted into the US Army, where he served in the Vietnam War. On August 26, 1976 in Holy Name Catholic Church, Scott was united in marriage to Terri (Fisher) Morton.  They were longtime members of the St. John’s Catholic Church, Twin Lakes, WI.

In his early years, Scott worked in the automotive area as anything mechanical was a lifelong hobby of his.  An avid Harley rider, Scott and his wife, Terri spent many vacations touring the country on the motorcycle.  The latter part of his career was spent in the construction trades, along with owning All Star Video in Twin Lakes for 30 years.  As a local business owner, Scott was willing and able to give back to the area and spent many years on the Planning Commission for the Village of Twin Lakes.  Scott’s penchant for helping other people was evident in the Twin Lakes area, as he could be found helping his friends and neighbors with their vehicles or working on their homes as part of his trade, or just as a friend.