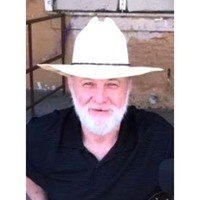 He was born on January 1, 1954 to the late Earl and Jeanne (Hammel) Anderson in Kenosha.  He was educated in the schools of Kenosha and graduated from Tremper High School.

On February 24, 1973 he married the love of his life Sharon Dockter at Trinity Lutheran Church.  She preceded him in death on November 9, 1996.

Scott worked for AMC/Chrysler for several years.  He was a talented singer and songwriter for most of his life.  Most of all he loved spending time with his family, friends and grandchildren.  Scott held a special place in his heart for Doodles, Angiegrams and Thumper.  He is also survived by many nieces, nephews, cousins and friends.

Scott loved music, playing his guitars and riding motorcycles.  He lived life to the fullest.

He is preceded in death by a brother Craig and a sister Vicky in infancy.