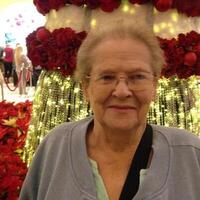 Sandra was born on December 27, 1939, in Racine, the daughter of the late Otto and Esther (Siepler) Geschke. She was educated in the schools of Racine. Sandra married John Stephen Sarzant on October 24, 1959, in Racine. She worked at daycares and was a nanny for many years. Her hobbies included traveling to Las Vegas with her family, playing scratch off lottery tickets, watching Cops, doing crossword puzzles, eating peanut butter and jelly, but most off all she loved spending time with her friends and family, especially her grandchildren.

A committal service will be at Green Ridge Cemetery on Tuesday January 4, 2022 at 2:00PM.