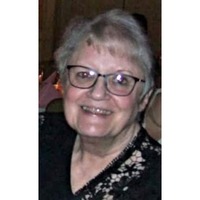 She was born on May 27, 1945 to the late William and Gladys (Traeder) Redlin in Kenosha.  She attended Frieden’s Lutheran School and graduated from Mary D. Bradford High School.  Sandra lived in Kenosha all her life.

Sandra worked at Warwick Electronics in Zion, AMC/Chrysler and Dynamatic.  She retired on January 31, 2002.  She was a member of UAW Local 72.

Sandra enjoyed knitting, puzzle books, playing on her computer and iPad and painting with diamonds.  Most of all she loved spending time with her grandchildren.

She is preceded in death by a daughter Debra Ann Bardwell, her first husband Donald Bardwell, her second husband James Williams Sr., her maternal and paternal grandparents and her canine companion Ebony.