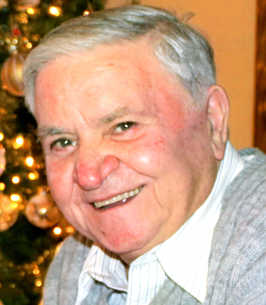 Salvatore Bilotta, 91, of Kenosha, passed away on Friday, September 24, 2021, at Aurora Hospital.

Born on January 6, 1930, in Roccabernarda, Italy, he was the son of the late Vincenzo and Maria (Russo) Bilotta.

Salvatore was employed at American Motors and retired in 1990. He was an avid gardener and enjoyed woodworking and continuing his Calabrese traditions of making wine, cheese, sauce, and artisanal cured meats. Above all else, he enjoyed spending time with his family, especially his grandchildren and great-grandchildren.

Visitation will take place on Tuesday, October 5th, at Proko Funeral Home, from 10:00 a.m. until the time of service at 11:00 a.m. Interment will be private.