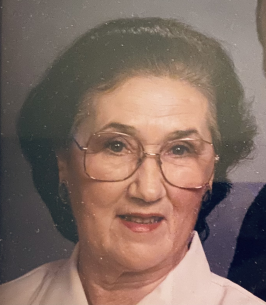 She was born December 21, 1933, in Kassel, Germany, the daughter of the late Walter and Gisela (Berger) Rust. She moved to the United States in December 1957. Ruth graduated from high school in Kassel. She was a ballerina in the dance company of the Staatstheater Kassel. In the US, she went on to work for Goldblatt’s for a number of years.

In 1957, Ruth married James Lloyd Joyce of Steger, Illinois in Kassel, Germany. He was a menber of the US. Air Force when they met. He preceded her in death 2004 in Lacey, Washington. Always an avid reader, she was intelligent, insightful and loved science, and natural history.

Survivors include her son, Daniel Joyce, his wife, Ruth Blazina-Joyce, grandchildren Tessa Joyce and Sara Joyce. She has two surviving sisters in Germany, Karin Hartman and Christa Linzert as well as numerous nieces and nephews.

In addition to her parents and husband, Ruth was preceded in death by her father Walter Rust, mother Gisela Rust and brother Gerhard Rust.

Services were held privately. Arrangements were entrusted to Proko Funeral Home. In lieu of flowers, those desiring may make contributions to the Kenosha Public Museum in Ruth’s memory.