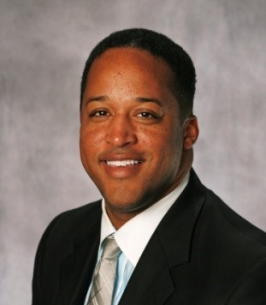 Royce A. Miles, 54, of Kenosha, WI, passed away unexpectedly on Sunday, April 3, 2022, with his loving family by his side at Aurora Medical Center in Kenosha, WI.

Royce attended Rochester Institute of Technology where he earned his Bachelor of Science degree. He earned his Executive Master’s Degree in Business Administration from UW-Madison. In addition, he attended Northwestern University for completion of their Media Executive Leadership Program.

Royce started his career working at The Washington Post, before joining the Milwaukee Journal Sentinel in 1998, where he was the Executive Vice President and General Manager. He also held the title of Managing Director Operations for Journal Media Group, Inc. Royce played an instrumental role in the development of the new Burnham printing plant in West Milwaukee, WI. He later worked for Fischer Paper Products and most recently has been the owner and operator of Grundstrom Landscaping in Lake Bluff, IL.

He was very dedicated to his education and his work. Royce enjoyed the landscaping industry, but most of his career years were spent in printing which was his true passion. At a young age, he won the state championship in high school for graphic arts and printing.

Royce served on the board of Feeding America and received several accolades throughout his career including YMCA Black Achiever’s Award and was named one of Presstime magazine’s “20 under 40”.

In his free time, he enjoyed listening to music, especially go-go, and played the drums while living in Washington, DC. Royce cherished spending time with his family and adored being a Papa to TJ.

Royce is survived by his daughter, Kiah Ballard-Miles of Kenosha, WI; grandson, Taurrean “TJ” Koker, Jr.; his mother, Gloria Miles of Washington, DC; and his adoring partner, Amanda Ramsfield of Kenosha, WI. He is further survived by other loving family and friends.

He was preceded in death by his aunt, Sylvia Daniels, and his grandparents, Arline and Joseph Turner.