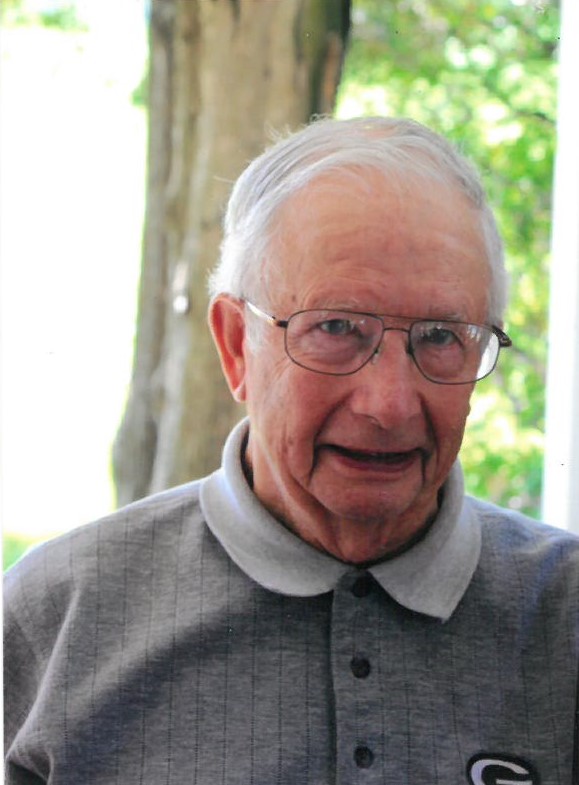 Roy proudly served his country in the United States Army.

On July 5, 1944, Roy was united in marriage to Leona Gillmore.  They built a beautiful marriage that endured for 76 years and raised a family of seven children.

Roy was a lifelong member of the Zion Evangelical Lutheran Church, Bristol, WI and was an active Boy Pioneer Leader.

He was employed by various farmers, American Brass, Simmons Co, and International Harvester/Dresser in the Engineering Department, until his retirement in 1986.

Roy enjoyed walking in the mall, loved to travel and has been in all 50 states-several of the Provinces of Canada, the British Isles and Central Europe.  Above all, Roy absolutely loved and cherished being in the surrounding of his entire family.

The family would like to thank Theresa Kiedrowski, of Season’s Hospice, for her exceptional care and compassion for Dad during the past few months.  They would also like to thank everyone at Kenosha Senior Living for their great care and love for the past 4 ½ years.

In lieu of flowers, memorial remembrances to Zion Evangelical Lutheran Church, 7931 200th Avenue, Bristol, WI 53104 would be appreciated by the family.