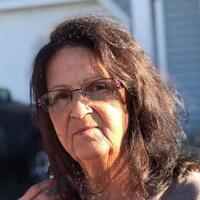 Rosalyn Mary Goff, born January 14th, 1952, to Saverio and Alma Noto passed away on Saturday, September 24th, surrounded by her loving family after a short battle with cancer. She married Larry Goff in 1972. She worked for Ametek for many years, until the company relocated.

Big Rosie, as she was known to many in spite of her small stature, was very frugal. She had a good sense of humor, and a “tell it like it is” attitude. She wasn’t afraid to speak her mind. She was a great wife and mother, but a mediocre gambler. We will all miss her inappropriate comments and gestures.

Family was especially important to her. She will be sadly missed by her husband, Larry Goff, and her five daughters, Brenda Goff, Deanna (Travis) Calley, Carrie (Michael) Zemke, Crystal (Robert) Hayes, and Kelly (David) Deford and her stepson, Walter Goff. She also leaves behind grandchildren; Kevin and Devin Goff, Daisy, Danica, and Brooklyn Calley, Breck Kennedy, Solei Zemke, Logan, Zachary, and Beau Hayes, Jaiden, Bianca, and Legend Smith, and several great-grandchildren. She is also survived by her siblings; Phillip Noto, Sandra (Larry) VanSteel and Peter Noto. She was preceded in death by her parents, Alma and Saverio Noto, three sisters, Betty (Wallace) Halldin and Linda (David) Hill, and Ellen Noto.

A memorial gathering will be held on Monday October 3, 2022, at Kenosha Funeral Services from 4:00PM-6:00PM with memorial services to follow immediately at 6:00PM.