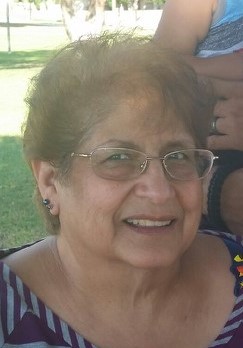 Rosa O’Dell, age 77, of Racine, Wisconsin formerly of Yuma, Arizona, passed away on Wednesday, January 19th, 2022 at Aurora Medical Center. Rosa was born on April 1st, 1944 in Calexico, CA to Ramon and Albertina (Quintero) Estrada. She married Richard O’Dell on March 6th, 1964 in Winterhaven, CA. For most of her life, Rosa worked as a bookkeeper for several Yuma businesses. She enjoyed crocheting, reading and spending time outdoors, fishing and traveling. Her greatest joy was spending time with her family.

She was preceded in death by her parents, her husband, brothers Ray, Ruben, and Frank, sister Carmen and nieces Gloria and Mary.

A celebration of life for Rosa will be held sometime in June in Yuma, Arizona. The obituary will be updated as information becomes available.