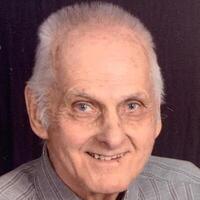 Ronald Sorensen, 82, of Kenosha passed away on March 6, 2022, at his home surrounded by his loving family.

Ronald was born on March 18, 1939, in Racine, the son of the late Leroy and Mabelle (Madsen) Sorensen. He was educated in the schools of Racine. Ronald married Katherine Birch on April 17, 1971, in South Milwaukee. Ronald was a firefighter for the city of Racine and The Great Lakes Naval Base for many years. He was a member of the U.S. Army and the Lutheran Church of the Resurrection of Racine. His hobbies included cheering for the Green Bay Packers, Wisconsin Badgers, Milwaukee Bucks, Milwaukee Brewers, going to McDonalds with his friends in the morning but most of all he loved spending time with his friends and family, especially his grandchildren.

Survivors include his daughter, Angela (Steven) Rizzo of Kenosha; sister, LeAnn (Bob) Grell of AZ; and his grandchildren, Victoria & Katherine. Ronald was preceded in death by his parents and his wife.