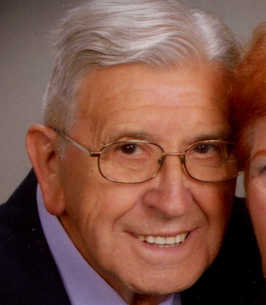 Romano was a very active man who worked at Simmons Manufacturing Company for a short time before starting his career at American Motors which he held for 30 years. While working at American Motors, he started a landscaping business which he operated until he opened Lenci’s Delicatessen with his wife, Lida. They owned and operated the deli from 1965 until their retirement in 1983. He was a member of Holy Rosary Catholic Church, the Italian American Club, Moose Club, and Knights of Columbus earning a fourth degree. He was known for being an avid gardener, walking, and most of all traveling around the world with Lida. They spent their winters in Florida and went back to Italy often.

He was preceded in death by his wife, parents, sister, Angela (Enzo) Pasquinelli, and brothers-in-law, Reneo Mazzoni and Silvano Lazzerini.

The family would like to extend a thank you to the staff at Hospice Alliance for the compassionate care they provided.

Visitation will take place on Tuesday, September 21, 2021, at Proko Funeral Home, from 5:00 p.m. until 7:00 p.m. A prayer service will be held at the funeral home on Wednesday, September 22, 2021, at 9:30 a.m. with a Mass of Christian Burial to be celebrated at Our Lady of the Holy Rosary Catholic Church, 2224 45th Street, at 10:00 a.m. Entombment will follow at All Saints Mausoleum. In lieu of flowers, memorials to Holy Rosary Catholic Church would be appreciated by the family.