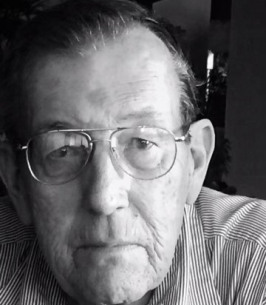 Born on May 10, 1943, in Sheboygan, WI, he was the son of the late Herbert and Marie (Brich) Baumgart. He grew up in Sheboygan and attended local schools. He earned his associate degree from Lakeshore Technical College.

Roman served in the United States Army from 1966 until he was honorably discharged in 1968.

He was hired straight out of school to Wisconsin Electric as an Engineer, relocating to Kenosha, WI. He retired in 2009.

Roman noticed a lovely lady, Dona-Rae Miller, at the local laundromat a few times before, had decided to empty out all the quarters from the machine to get that chance to speak to the women he would share the next 37 years with. And it worked! On June 15, 1974, they were married in an evening ceremony lit by hundreds of white candles and honeymooned on the shores of Hawaii where they love vacationing. She sadly preceded him in death on April 12, 2012.

He was a member of St. Mary’s Catholic Church, Masonic Lodge #145, and the Eastern Star. He cherished his annual trip to Florence County deer hunting and Canada with his brothers and his two best friends, where they would fish for over 20 years.

He was talented and giving, a man of power and grace, and loving to so many. He will be missed and will forever live in our minds and hearts.

A memorial visitation will be held at Proko Funeral Home on Sunday, January 23, 2022, from 1:00 p.m. until the time of service at 3:00 p.m. To livestream the service please copy and paste https://www.facebook.com/ProkoFuneralHome/live_videos/ into your browser at that time. Full Military Honors will follow. Masks will be required.