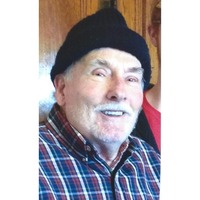 t is with sadness that we announce the passing of our dear father, grandfather and friend, who had a grateful heart, Roger A. Drewel passed away peacefully, surrounded by his family.  He was granted eternal life on September 19, 2021.

Ruth A. (Lindermann) Drewel. He graduated from Mary D. Bradford High School in 1950. Roger met his future wife Tilda Lanni while ice-skating.  They were married on November 5, 1955 at Bethany Lutheran Church.  She preceded him in death on May 10, 2019.

Roger volunteered going in to the Army/Air Corp.  He entered on February 19, 1952.  He was an aviation mechanic, serving during Korea.  He was honorably discharged as a Corporal (technical) on February 11, 1954.

Roger retired from Outboard Marine Corp after 31 years.  He was a service technician in final repair; he served as chief steward in the union and served on the safety committee and was a proud union man.

Roger was a member of Bethany Lutheran Church and served as an usher for 50 years.

Roger loved reading the Bible, anything about aviation and history.  He enjoyed keeping up with current events.  He was a talented artist and was able to show two of his paintings at the Anderson Arts Center.  In his younger years, he enjoyed hunting, fishing, camping, golfing and bowling.  He also liked working on his own cars.

Roger is survived by his son Chris and wife Janet and their children Brock, Luke (Valerie), Nathan (Mariah), Noah, Abby, and Jonah; daughter Liz Carlson and husband Ed and their daughter Katie, his sister Marlene Schuh and several nieces, nephews and cousins.